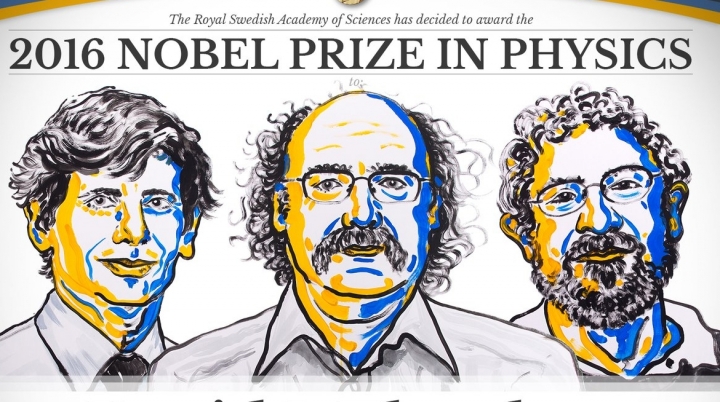 Three British scientists have won the Nobel prize in physics for their work on exotic states of matter.