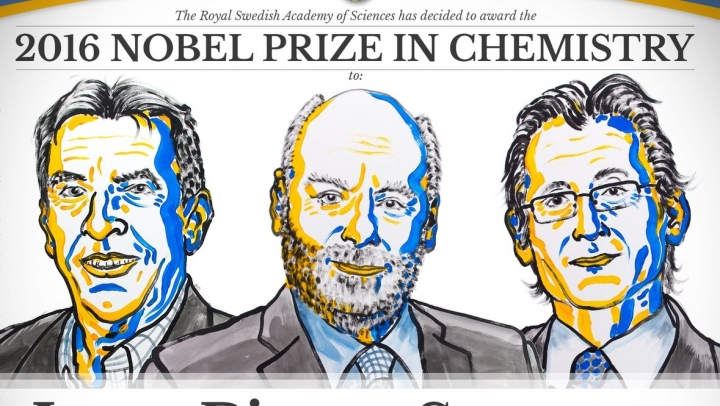 This year’s winners have scooped the Nobel prize in chemistry for their work on molecular machines: controllable, nanometre-sized structures that can convert chemical energy into mechanical forces and motion. It’s nifty stuff that has allowed chemists to construct a host of molecular devices, from switches to motors.

The Nobel Prize in Chemistry was awarded by the Royal Swedish Academy of Sciences, Stockholm, Sweden.