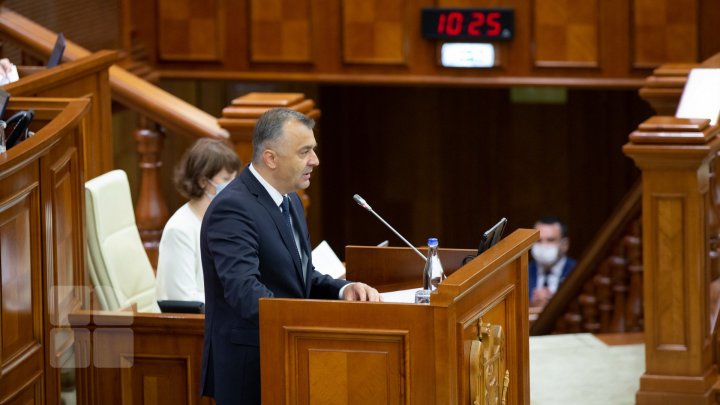 The no-confidence motion against the Chicu Government failed on Monday after gaining only 46 votes. Immediately after the vote, Democrats and Socialists applauded, and the opposition MPs booed the government.

Opposition MPs accused the prime minister of lying about allegations against the former executive. Opposition MPs and Socialist MPs were on the verge of punching each other.

At the beginning of the meeting, the head of the Legislature, Zinaida Greceanîi, announced that a deputy tried to enter the plenary hall with a megaphone.

"The director of the State Protection and Guard Service informed me that MP Sergiu Sîrbu entered the Parliament building with portable sound amplification equipment. Please comply with the provisions of the Regulation ", the President of the Parliament said.

We remind you that a motion of censure against the Chicu Government was submitted last week. It needs at least 51 votes to pass the motion.