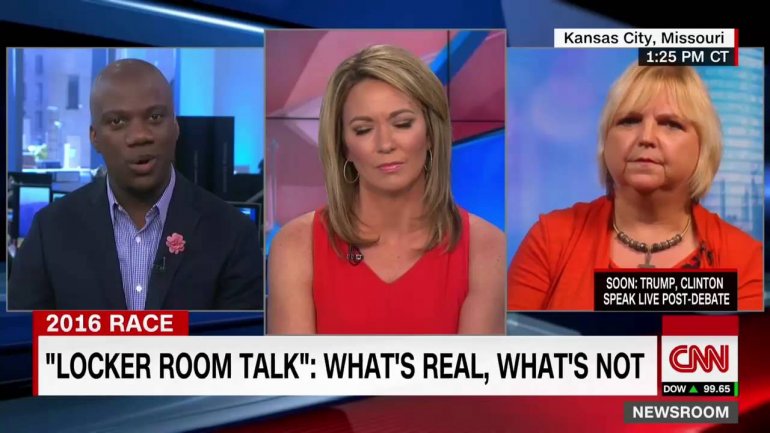 When asked what she thought of his controversial 2005 "Locker room talk", Donald Trump supporter Vicki Sciolaro told CNN's Brooke Baldwin that he's not "running for pope" and would not have said those things if he knew he was being recorded.

You can check the full video below: