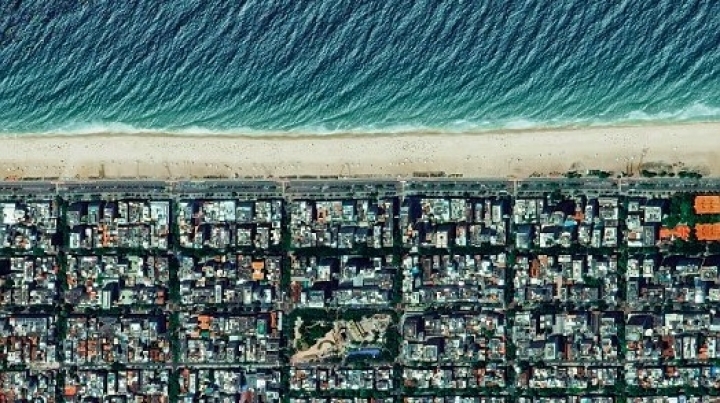 From a Japanese volcano mid-eruption to the snaking tendrils of an Iranian lagoon, a new book capturing breath-taking aerials of planet Earth will be released this week, reports Daily Mail.

Overview: A New Perspective is a collection of images inspired by New York author Benjamin Grant's Instagram account, Daily Overview. Benjamin's account, which has an avid following of 367,000 fans, challenges viewers to consider Earth from a fresh perspective.

In a bid to convey the 'Overview effect' - a sense of awe and wonder which astronauts experience looking down at the planet from space - Grant collaborated with DigitalGlobal to select the most compelling satellite imagery.

He reveals the mesmerising serenity of Angkor Wat in Cambodia, the intricate design of sprawling metropoles such as New Delhi and the staggering scale of Kenya’s Dadaab, the largest refugee camp in the world.

Grant told MailOnline Travel: "From our line of sight on the Earth's surface, it's impossible to fully appreciate the splendour and intricacy of the things we've constructed, the sheer complexity of the systems we've developed, or the devastating impact that we've had on our planet."