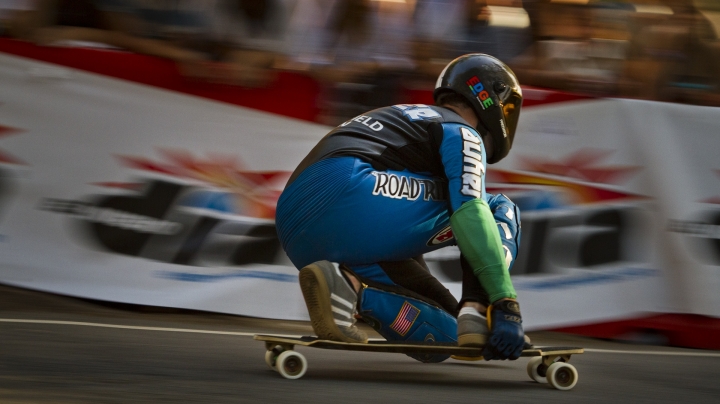 Protected only by a helmet and a speed suit, American Kyle Wester broke the speed record for skateboarding when he reached 143.89 km/h down a hill at an undisclosed Colorado location on video.

Even though the astounding feat was accomplished in late August, the YouTube video of the amazing run was released Thursday 8 September with the result pending an update by the Guinness World Record organisation. The previous record was 130.63 km/h.

"Feels great. Dream comes true. Crazy speed" said Wester after finding out the speed of his run. On downhill skateboarding he declared that "it is pushing us in the right direction and we don't know what the limit is".