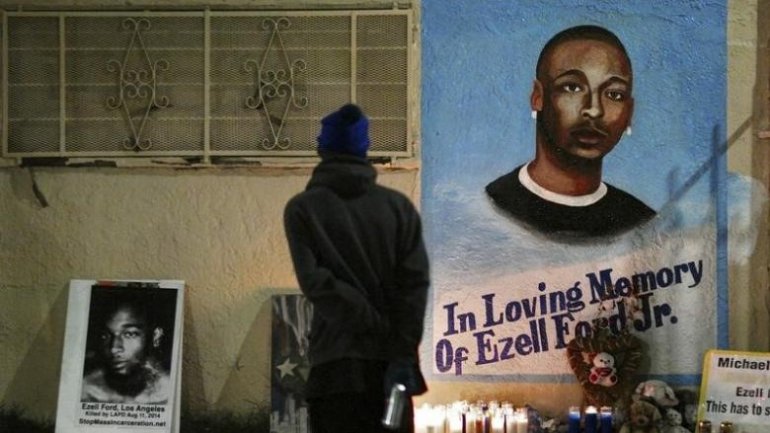 Two Los Angeles police officers who fatally shot an unarmed black man described by his lawyer as mentally challenged will face no criminal charges over the 2014 killing, the district attorney said on Tuesday, calling their actions "legally justified.", according to Reuters.

The killing of 25-year-old Ezell Ford was one of many shootings of unarmed black men by U.S. law enforcement that triggered national protests and fueled a renewed civil rights movement known as Black Lives Matter.

As Wampler tried to apprehend Ford, the two men scuffled and ended up on the ground with Ford reaching for the officer's gun, according to the report.

Villegas then shot Ford twice, the report said, while Wampler pulled out a backup weapon, reached around Ford's back, and also shot him.
AFLĂ imediat Știrile Publika.MD. Intră pe Telegram