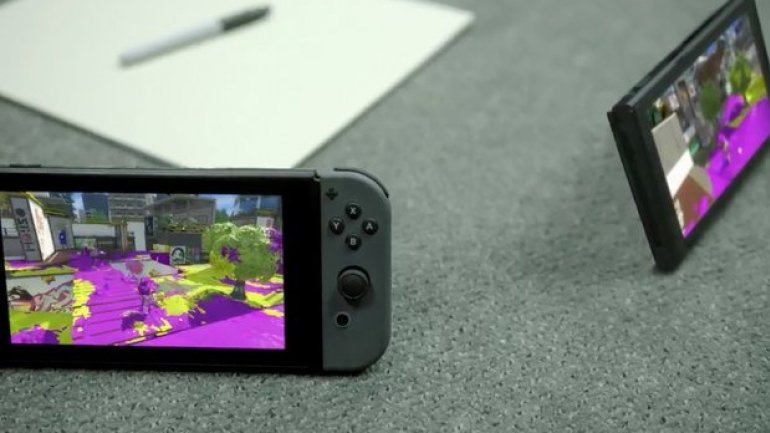 Nintendo has unveiled its new console, the Nintendo Switch, which will be released in March 2017.

Once known as the NX, the console looks to be a hybrid machine, half portable and half traditional console, but more flexible than either.

The device, which appears to take games loaded on DS-style cartridges, can be used as a traditional console like a PS4 or Xbox One, with the machine docked with the TV and an (Xbox-styled) wireless controller, called the Nintendo Switch Pro Controller, used to play games on it.

But it can also be used in a number of portable modes. The main body, which has an LCD screen on it, can be undocked from the hub and carried away. Owners can then either attach mini semi-controllers (called “Joy-Cons”) to its side, and use it like a particularly large portable games console – think a massive PS Vita – or prop up the screen and use the wireless controllers instead.

A second type of wireless controller allows owners to dock the two mini controllers to either side of a wireless body, and play using that. The Joy-Cons are included; the Pro Controller is an optional accessory.

Aside from the focus on the physical hardware, Nintendo also revealed a portion of the lineup for the machine. Alongside the newest Zelda game, which had already been confirmed for the console, actors were seen playing Splatoon, a Mario platformer, Mario Kart and the only third-party game, a port of Bethesda’s five year-old RPG Skyrim.