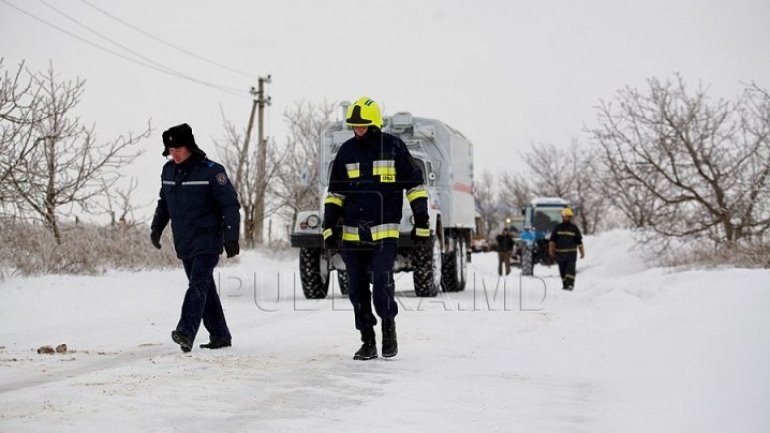 Over 160 localities of 15 districts remain without power supply due to heavy snowfall yesterday.

In addition, nine thousand children from seven districts did not reach school today.

The General Inspectorate for Emergency Situations announces that more than hundred cars have been unblocked by the rescuers. Most of the cases occurred in Anenii Noi, Şoldăneşti and Basarabeasca districts.

On Thursday evening the rescuers intervened in the Chircăieşti village, Căușeni district. A bus with 15 pupils who were returning from school was stuck in snow.

A similar case was also in the Rubleniţa Nouă village, Soroca, where the firefighters rescued a minibus with 14 students from the snow.

In total, during the night, more than 400 rescuers intervened on the routes.