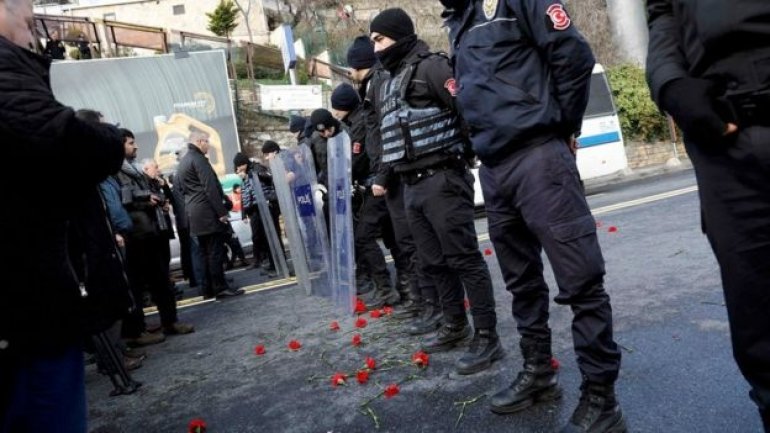 The manhunt continues for a gunman who killed 39 people in an Istanbul nightclub as Turkey marked the start of the new year, according to BBC.

The unknown assailant opened fire at Reina nightclub early on Sunday, before managing to flee amid the chaos.

The motive for the attack is not clear, but suspicion has fallen on the Islamic State group, already linked to at least two terror attacks in Turkey last year.

"They are trying to... demoralise our people and destabilise our country," he added.

The banned Kurdistan Workers' Party (PKK) has distanced itself from the killings, with the PKK's Murat Karayilan quoted as saying it would "never target innocent civilians".

Earlier, Interior Minister Suleyman Soylu confirmed a "manhunt for the terrorist is under way. Police have launched operations. We hope the attacker will be captured soon."

But as the search continued, the first funerals of those killed at the nightclub were held.