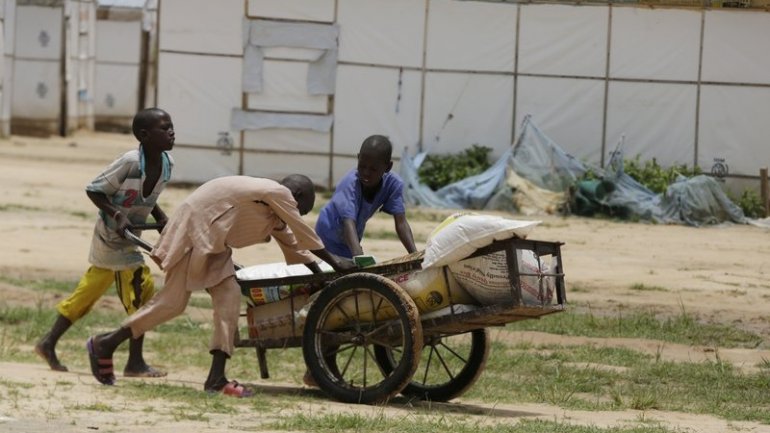 Lawmakers in northeastern Nigeria are investigating new allegations that officials have diverted crucial food aid intended for people who have fled from Boko Haram extremists.

The allegations in Adamawa state center on officials and market traders accused of selling food items donated by Nigeria’s customs service, said Hassan Barguma, chair of a committee on refugees in the Adamawa state assembly.

“Stealing food meant for starving children is beyond the pale,” Barguma said.

Boko Haram’s seven-year-old insurgency has killed more than 20,000 people and displaced more than 2.6 million others in Nigeria and neighboring Cameroon, Niger and Chad.

Lawmakers and officials are already investigating reports that food aid was stolen in Borno state, the birthplace of Boko Haram, where the U.N. has warned that tens of thousands of children could die from malnutrition. The reports sparked protests from refugees, who at one point blocked a main highway heading into Maiduguri, the northeast’s largest city.