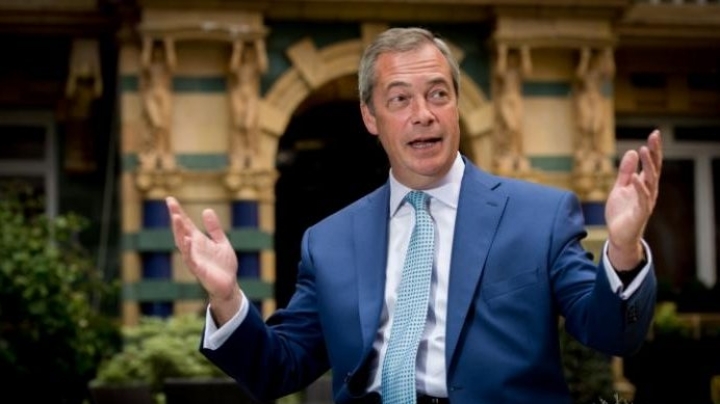 Ukip leader Nigel Farage was jeered by the European Parliament after he told MEPs that they were "in denial" about Brexit and that they had "never had a proper job before", reports The Telegraph.

His astonishing speech at a special meeting of the European Parliament today ended with boos echoing through the Brussels chamber.

Mr Farage used his speech to declare that Brexit was "a beacon of hope" to other member states but he also infuriated MEPs when he said: "Now, I know that virtually none of you have ever done a proper job in your lives or worked in business or worked in trade or indeed ever created a job. But listen, just listen."

When MEPs turned their backs to him and Martin Schulz, the president of the parliament, intervened, Mr Farage responded: "You’re quite right, Mr Schulz. Ukip used to protest against the establishment. Now the establishment protests against Ukip. So something has happened here."

He said he wanted a "grown up and sensible attitude" to negotiating the exit.

"Isn’t it funny? When I came here 17 years ago and I said that I wanted to lead a campaign go get Britain out of the European Union, you all laughed at me. Well, I have to say, you’re not laughing now, are you?

Just look at the Mediterranean. As a policy to impose poverty and the rest of the Mediterranean, you’ve done very well. And you are in denial over Mrs Merkel’s call last year for as many people as possible to cross the Mediterranean into the European Union. [It] has led to massive divisions within countries and between countries.

But the biggest problem you’ve got, and the main reason the United Kingdom voted the way that it did, is that you have, by stealth, by deception, without ever telling the truth to the British or the rest of the people’s of Europe, you have imposed upon them a political union.

And when the people in 2005 in the Netherlands and France voted against the political union, when they rejected the constitution, you simply ignored them and brought the Lisbon treaty in through the back door."

Mr Farage also warned that the UK would not be the last country to leave the EU.

"What happened last Thursday was a remarkable result. It was a seismic result, not just for British politics, but for European politics but perhaps even for global politics too, because what the little people did, what the ordinary people did, what the people who have been oppressed over the last few years and who have seen their living standards go down [did], they rejected the multinationals, they rejected the merchant banks, they rejected big politics. And they said, actually, we want our country back. We want our fishing waters back. We want our borders back. And we want to be an independent, self-governing, normal nation and that is what we have done and that is what must happen.

And in doing so we offer a beacon of hope to democrats across the rest of the European continent. I will make one prediction this morning; the United Kingdom will not be the last member state to leave the European Union."

Mr Farage had earlier seemed to offer some conciliatory private words to European Commission president Jean-Claude Juncker on Tuesday and received a peck on the cheek in return in the Parliament.

As EU lawmakers gathered to digest Britain's Brexit vote, Mr Farage, who has long used the Brussels legislature as a platform for his campaign to get Britain out, walked over to the European Commission president and spoke to him briefly and apparently amicably.

As Mr Farage made to turn away, Mr Juncker, a former prime minister of Luxembourg with a penchant for warm greetings, pulled Mr Farage toward him and gave him an air-kiss on the cheek.

But things became more heated during the emergency session of the EU when Mr Juncker asked Ukip lawmakers why they had attended the European Parliament meeting to discuss the consequences of the British vote to leave the bloc.

"We must respect British democracy and the way it has expressed its view," Juncker said in a speech to parliament, words that were greeted by rare applause from the Ukip members present.

"That's the last time you are applauding here... and to some extent I'm really surprised you are here. You are fighting for the exit. The British people voted in favour of the exit. Why are you here?" Juncker continued, breaking from his speech text.

Mr Juncker spoke from a desk next to that of the Ukip leader, who followed the largely French and German speech with headphones and with a British flag planted in front of him.

Mr Juncker made clear Britain must go and said it must "get on with it."

He said: "They have expressed their view. Now there have to be consequences."

"I'm accused of being undemocratic, some sort of bureaucrat, a robot. I am recognising this vote and it is being turned against me."