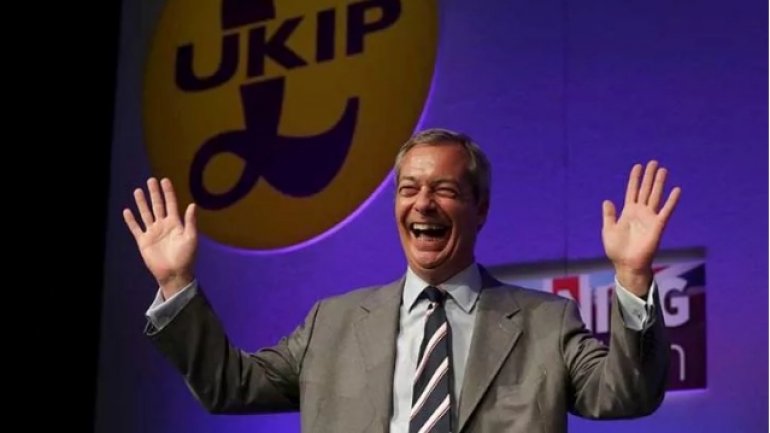 Nigel Farage has been shortlisted for Time magazine's prestigious person of the year award, the Telegraph informs.

The former Ukip leader features alongside the likes of US president-elect Donald Trump, Russian president Vladimir Putin, scientists who have developed technology to edit DNA, and Beyonce among the finalists.

The American news magazine, which has a global audience, appeared to give Mr Farage much of the credit for the June 23 Brexit vote.

Announcing the 11-strong shortlist, which is chosen by Time editors, the magazine said: "As head of the UK Independence Party, Farage was a face of the successful campaign for Britain to leave the European Union, positioning the referendum as the start of a global populist wave against the political establishment."

The winner will be announced on Wednesday.

Earlier, Mr Farage said 2016 will be looked back on as the year the "little people decided they would assert themselves and could actually beat the establishment".

He was visiting Sleaford, Lincolnshire, ahead of a by-election on Thursday where the Conservatives are defending a majority of more than 24,000.