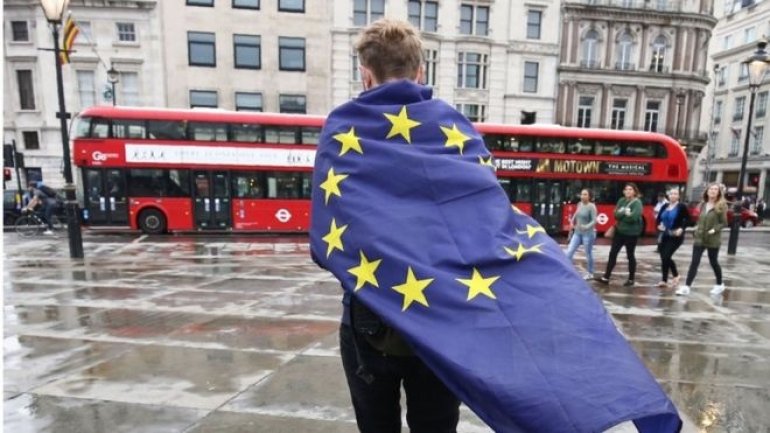 Nigel Farage has said it may be time to hold a second referendum on Brexit to put an end to the “moaning” of politicians who have not accepted the previous vote, wrote independent.co.uk

The ex-Ukip leader argued that leading political figures who have been arguing against Brexit would “never, ever, ever” stop fighting it and so the best way to draw a line under the issue could be a second public vote.

Mr Farage is seen as one the architect of Brexit and has been the most vociferous critic of people like ex-prime minister Tony Blairand Andrew Adonis who have suggested it could be undone.

Speaking on Channel  5’s The Wright Stuff, Mr Farage: “What is for certain is that the Cleggs, the Blairs, the Adonises will never, ever, ever give up."

“They will go on whinging and whining and moaning all the way through this process."

“So maybe – just maybe – I’m reaching the point of thinking that we should have a second referendum on EU membership.”

Until now, all supporters of Brexiteers have unanimously rejected the idea of a further vote saying that it would be a betrayal of “the will of the people”, as set out in the 2016 referendum.

But with the Article 50 process already underway, opponents have been pressing for a rethink of Brexit and arguing that the public should have another chance to vote on it once the terms of withdrawal are clear.

Mr Farage went on: “If we had a second referendum on EU membership, we’d kill it off for a generation."

“The percentage that would vote to leave next time, would be very much bigger than it was last time round and we may just finish the whole thing off.”

Mr Blair recently re-issued a call for the public to be given another say on Brexit, while calling on his party and Labour leader Jeremy Corbyn to oppose it outright.

That was followed up by a call from Lord Adonis in an interview with The Independent for Labour to back a second referendum.

Both the Greens and Vince Cable’s Liberal Democrats, who are calling for a ‘referendum of the facts’, have so far backed the idea of having a further Brexit vote.

Liberal Democrat Brexit Spokesperson Tom Brake said: “Support is now growing on both sides of the argument for a vote on the final deal with the choice of an exit from Brexit."

“In any future referendum, Liberal Democrats will be leading the charge against Nigel Farage to keep Britain in the EU.”

Theresa May’s official spokesman said: “We will not be having a second referendum.”