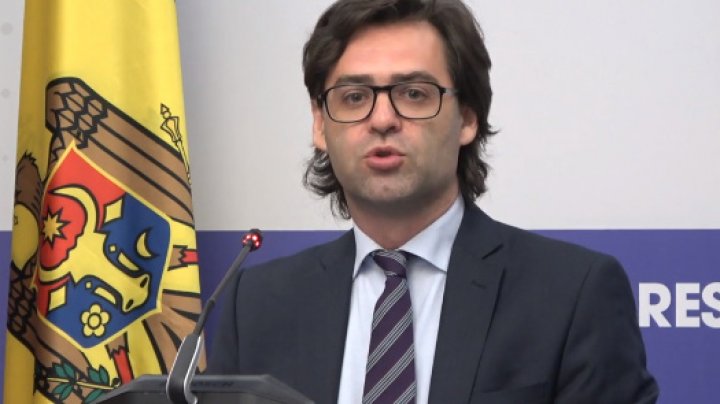 The Foreign Minister, Nicu Popescu, was congratulated by the Russian University in which he studied. The message was published on his official page of the MGIMO student's association.

Nicu Popescu, who is the Foreign Minister and European Integration, made recently a scandalous declaration while at Bucharest, which displeased lots of people. Popescu's words were harshly charged at Chisinau and considered as a betrayal, reason why multiple politicians and former combatants and co-nationals requested his resignation.

After being harshly criticized also by his colleagues from ACUM Bloch, the Foreign Minister, Nicu Popescu, was praised by Socialists, who represent a pro-Russian force.

READ ALSO: After being criticized by his ACUM Block colleagues, Nicu Popescu got praised by Socialists

The Minister recognized recognized making a mistake, but didn't tell what really happened in 1992.

READ ALSO: Minister of Foreign Affairs: Using this phrase was a mistake that I truly regret

PUBLIKA.MD reminds that Nicu Popescu was in multiple periods Vlad Filat's counselor, the former Head Maia Sandu's Party. On January 29, 2010, Nicu Popescu was promoted at the PM's proposal of that time, Vlad Filat, Main State Counselor, responsible for the European Integration problems and Foreign Relationships. Subsequently, the godson of Andrei Popov left PLDM team to come back on November 28, 2012 as a main counselor for public politics and European affairs.