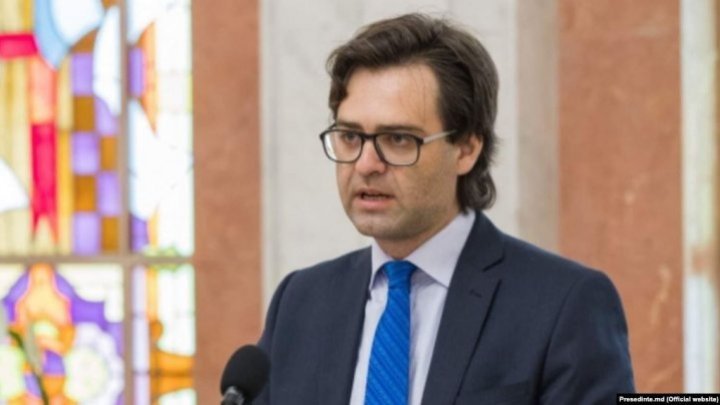 The Minister of Foreign Affairs, reconfirms the fact that the actual Sandu Government's mandate will not last. New declarations of this kind were made today, within a press-conference.

'All the democrat countries all the governments have a limited mandate. I don't want to die in the top floor's armchair. I'm not Nostradamus and I can't fortell how much will last the political support that this Government has from the Parliament', said the Foreign Minister, Nicu Popescu.

Nicu Popescu began to talk about the Sandu Government's failure a few days after the pronouncing the vow as the Minister of Foreign Affairs.

More specifically, within a meeting with our diaspora from USA, Popescu declared that he's wondering if this Government will last for four years and he does not believe in the future of the Ministers Office which he is part of.
AFLĂ imediat Știrile Publika.MD. Intră pe Telegram