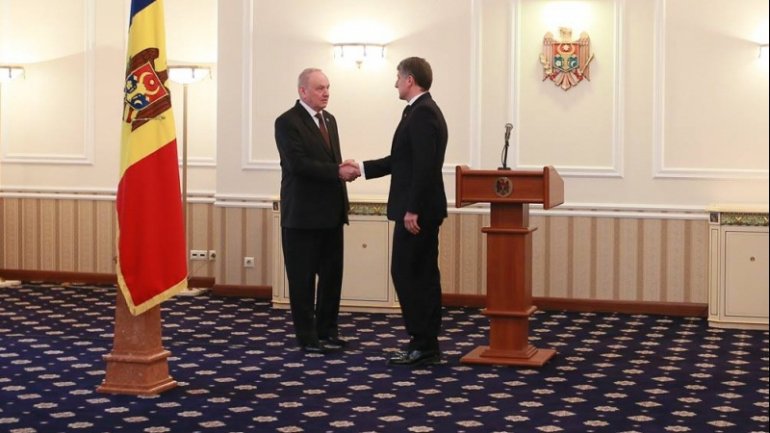 Moldovan President Nicolae Timofti has signed today, December 8th a presidential  the decree appointing Eduard Harunjen as head of the office of General Prosecutor for a term of seven years on a proposal of the Superior Council of Prosecutors.

According to the law, after signing the decree, Mr. Harunjen will oath before the President of the Republic of Moldova and members of the Superior Council of Prosecutors.

Publika.MD recalls that Eduard Harunjen was named as candidate for the position of general prosecutor. The decision was taken today by the prosecutors Superior Council after 6 nominees for this position passed the interview test.

They presented their points of view on the activity of the General Prosecutor's Office.

He declared that if he will become general prosecutor, he will make everything possible so that people will trust the institution.

Harunjen is 44 years old and is prosecutor since 1994.

According to recent changes of the legislation, the general prosecutor is named by the head of the state at the proposal of the Prosecutors Superior Council for a period of 7 years.