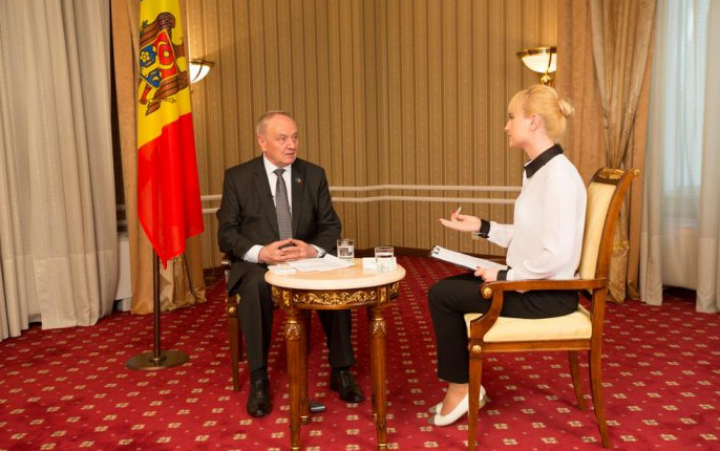 MOLDPRES: What does it mean for you the 25th anniversary of Moldova’s independence?

Timofti: I have been witness and participant in the events that took place 25 years ago, therefore I can say that citizens were glad when independence was declared. I remember those moments when ordinary people from all over Moldova were coming on foot in the Great National Assembly Square in Chisinau to express their desire for freedom. Hundreds of thousands of people waited the moment of declaring independence. Everyone felt this joy, mainly, when the Declaration of Independence was adopted. We came out of an empire that kept us many years without our will. This was followed by the events that people wanted. I refer to the formation of governing bodies of state on democratic principles. Parliament was elected, government was created, we have become members within many international institutions, as our citizens should feel into a family of European states, where everyone’s rights are observed. We started to form an independent justice. This gave us the opportunity to restore citizens’ trust in the fact that they can defend their rights. Unfortunately, there are mistakes in this area. However, we take efforts to follow the correct path. The country’s future is in our hands, and if together we find that path allowing us to be free, then so we will live – freely.

MOLDPRES: What future do you see for Moldova?

Timofti: I see Moldova’s future only in the family of EU countries, we were in other unions and you know what we got. Now we are able to organize our life at level of other societies and states. The countries that have developed in the same conditions (referring to Baltic countries), today are members of the EU, NATO. Why we were not like the Baltics: wise and consistent? When we grow up at the level of these countries, we will have the same success and will become EU members. The export to the EU represents 70 per cent now, being an impressive figure, even if we have many obstacles. Surely, it is necessary for Moldova to have good and friendly relations with Russia, but we have to be independent, as we want, not dictated by someone.