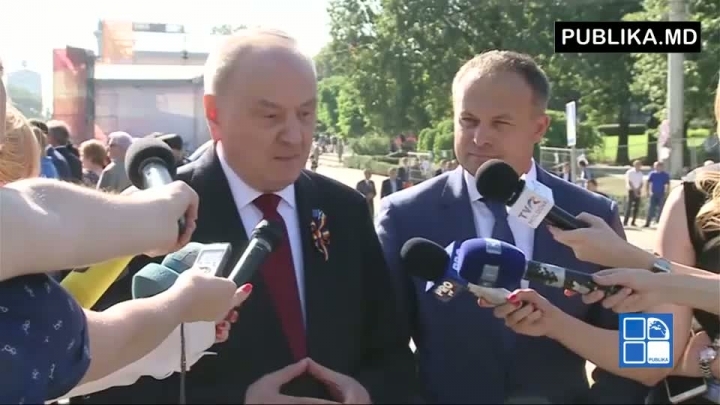 I am happy. These were the first words of the congratulatory message of the president Nicolae Timofti for the Moldovan citizens with the 25 years of independence.

“I congratulate you with the national Day. There are many persons living with this feeling of freedom and independence. I wish them all to be healthy and to fulfill all their wishes. Here, in the National Assembly Square, 25 years ago were gathered many people eager for freedom and independence. They yelled: We want freedom! We want to be independent in front of the empire we lived in. I congratulate you with this great celebration.”

PUBLIKA.MD reminds that in 2016, Moldova celebrates 25 years of independence, voted by the Parliament on 27 august 1991.