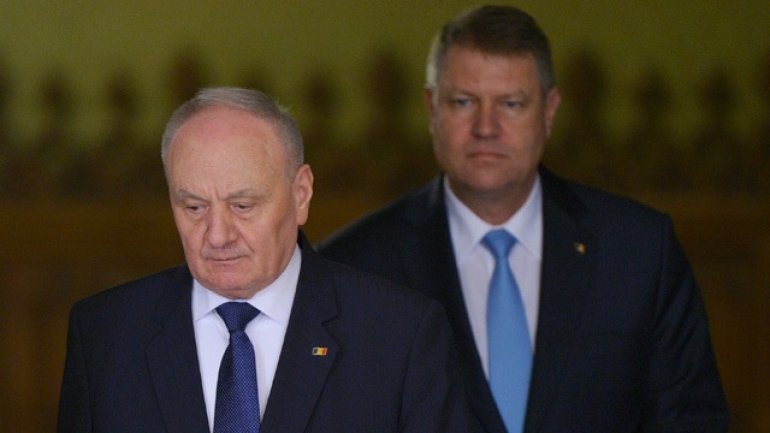 The two heads of state exchanged opinions on the social and political situation in Romania and Moldova, including about the electoral processes from the two countries.

In the context, Nicolae Timofti showed confidence about the fair carrying out of the parliamentary polls in Romania on 11 December, during which voters from the left bank of Prut holding the Romanian citizens are to give their ballots as well.

In particular, the Moldovan head of state emphasized the pre-requisites of the deepening of the Chisinau – Bucharest dialogue, in the context of the adoption, within Romania’s Supreme Council for Country’s Defence, of the Medium-term Strategy on Romania’s Relation with Moldova, the perspective of which must become more pragmatic and performant.

For his part, the Romanian president assured Nicolae Timofti that his country would continue backing Moldova on the irreversible way of European integration, including through supporting the advancement of reforms and strengthening the democratic, correct and transparent institutions.

In the context of the end of President Nicolae Timofti’s mandate, the president of Romania thanked him for the performance of resetting of the bilateral dialogue and building special relations both between the two friendly states and presidents.

In the end of the discussion, President Timofti thanked President Iohannis for the recent awarding of a high distinction, Collar of the Star of Romania.