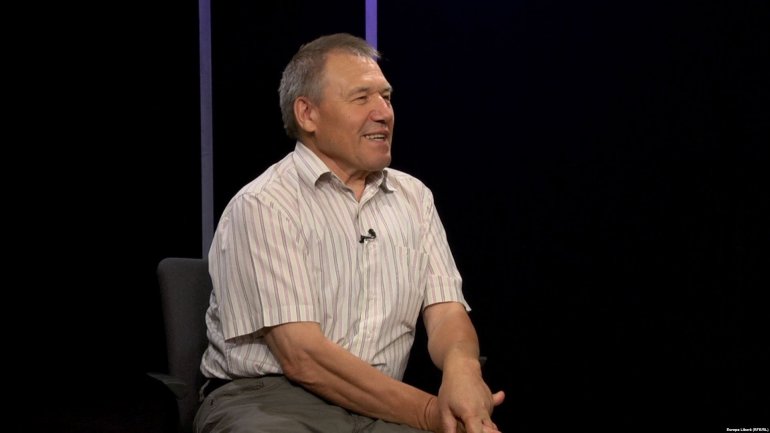 The latest study made by Baltic Survey/Gallup Organisation, at the International Republican Institute from USA's order, has awoken displeasure and suspicion toward parties from Republic of Moldova, including PAS, who is placed, according to this and previous studies, on second place after PSRM, wrote ziarulnaţional.md.

Despite the survey institution being compromised and distrusted here for various reasons, there are still several companies that are worth our attention, the one mentioned above being among them, having managed to catch our demographic situation very objectively, as well as our political tendencies. The hostile situation is akin the reputation of IRI survey. What was written did not correspond to our politicians wishes, to what they expected.

They cannot accept the paradoxical factor that all parties from the opposition, including PAS and PSRM are loosing popularity, a fact confirmed by previous surveys, while PD has a slight raise. It is ranked third supported on by citizens of Republic of Moldova. It means that PD is leaving behind it's "Damnation" title. More and more citizens chose to once again trust the Government.

There are three possible causes to such decisions:

1) PD managed to resist on its own a powerful assault. Citizens having convinced themselves that PAS, PPDA, PSRM, PN could not turn the table and create a snap elections. Disappointment and mistrust led the opposition to loose voters. The most affected being PPDA and PN, having lost most trust. The threats to put Plahotniuc  in jail and make him pay for everything he did (while sounding ominous, were heard at DA platform protests, without its leaders interfering), caused the boomerang effect, having hit the authors back. An interesting thing, is how disappointed citizens look at Dodon and remember Voronin, therefore choosing to look, according to the numbers, at PCRM.

2)They cannot help but notice, how Petru Bogatu mentioned for deschide.md that salaries and pensions are increasing, as well as other actions long awaited by citizens are taken, such as repairing the roads or connecting to Romania's energy system. Still, when a citizens with a 1 500 pension, begun getting 2 000 instead (like many now do) he cannot help but see the Government in a new light, as it is shown in the IRI survey: The trust in Filip's Government is now supported by 36% of citizens, compared to March 2017 with 28%. All this happened regardless of the sudden worsening of the demographic situation: if in March 2017 only 24% were sure that most citizens are afraid to say what is on their mind, the number grow to 43% in October 2017, which is a worrying factor, as we might be slipping into Totalitarianism.

3) Whenever looking at the geopolitical situation, our citizens are sensible toward what Bucharest, Washington and Brussels have to say. There, we can see that many rejected the idea of a snap election. Which was considered as mistrust toward the PPDA leaders, who were the first to attempt to turn the table of power, under Moscow's supportive gaze. While their intention, along with other pro-Russian parities, was to cease European Integration, they drew upon themselves suspicion of hidden relations with Russia.

Taking into account the Public Opinion that will be published in November, we will be able to see how the citizens will intend to vote, regarding PSRM-PAS-PD, also including the results of the three survey made this autumn, we will be able to establish that PD's resurrection is real, a part of citizens from Republic of Moldova are beginning to make amends with the situation and accept Plahotniuc's leadership. If the opposition, especially the far-right parties, will not accept this and adjust their strategy, their fall will be inevitable.