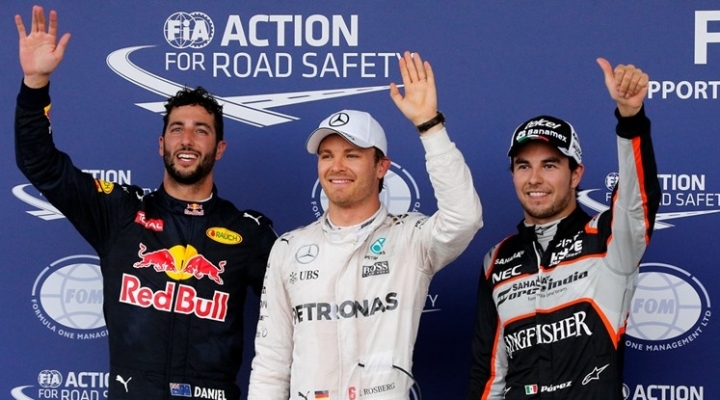 Nico Rosberg increased his lead in the drivers’ championship when he returned to winning ways with a smoothly comfortable lights-to-flag victory for Mercedes in Sunday’s European Grand Prix.

His Mercedes team-mate and defending champion Lewis Hamilton came home a frustrated fifth after a race dogged by technical problems on the tricky new Baku street circuit as Azerbaijan hosted its maiden Formula One race.

After two successive wins had lifted him back into contention for a fourth title, Hamilton slipped back to 24 points behind Rosberg whose return to form brought him a 19th career victory.

Four-time champion Vettel took full advantage of an off-form day for Red Bull and drove steadily to finish ahead of Sergio Perez of Force India who passed Kimi Raikkonen in the second Ferrari on the final lap.

Rosberg now has 141 points in the title race and Hamilton 117.