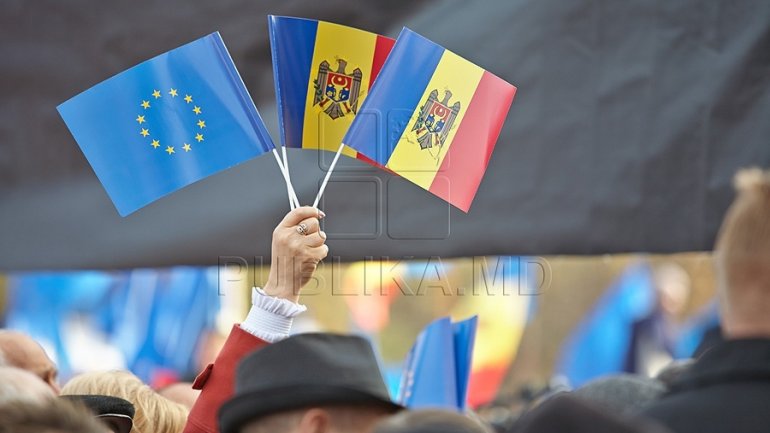 More and more Moldovans are supporting the European integration of Moldova. At least this is claimed by the representatives of the non-governmental organizations which two months ago went throughout the country to inform the citizens about the benefits of the admission to the communitary space. At the first stage, the campaign went to over 150 localities.

The second stage will start after the presidential elections and has as objective the mass informing of citizens about the way the admission to the European community will improve the living standards of the population.

During the first stage of the campaign were opened many fixed informing points in the country's districts. There also worked a few mobile points. Thus, over 21,000 persons have been informed about the benefits of the European integration in many fields of activity like the roads infrastructure, education, health, agriculture, and business investments.

In the framework of the campaign, people could analyze the structure of European investments in at least four districts: Orhei, Leova, Anenii Noi and Hancesti.

"In the case of Orhei, we have 100 million lei annually, in case of Balti there are 250 million lei. These are not all investments, it is just the social infrastructure, without the economic, energetic fields" declared Sergiu Ostaf, director of the Centre of Resources for People's Rights.