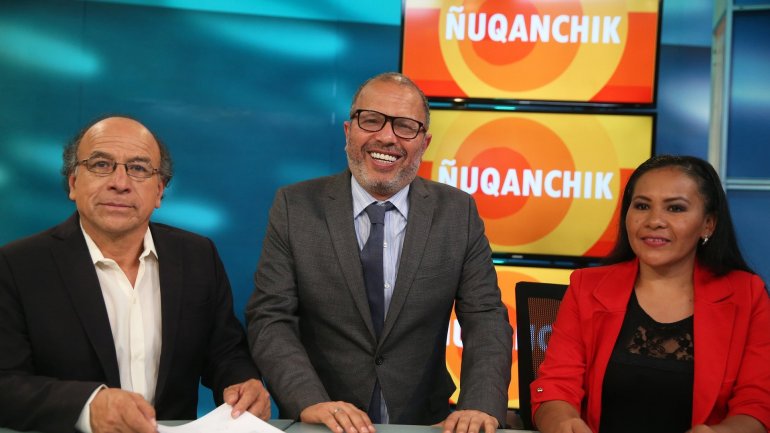 For the first time in Peru’s history, a national news broadcast has been aired entirely in Quechua, the indigenous language of the Inca empire, which is still spoken by 4 million Peruvians, reports The Guardian.

Called Ñuqanchik – which means “all of us” in Quechua – the daily news programme that launched this week targets speakers of the language some historians trace back to Peru’s earliest civilizations 5,000 years ago.

About 13% of Peruvians speak Quechua fluently, but usage has dwindled over generations as many parents deliberately did not teach the language to their children, fearing they would be rejected or mocked for using it.

Yet with around 8 million speakers in the parts of Peru, Ecuador, Bolivia, Colombia, Argentina and Chile once dominated by the Incas, Quechua – in all its regional varieties – remains the most widely spoken indigenous language in the Americas.

In Peru, studies indicate while 4 million people speak Quechua fluently, up to 10 million – around a third of Peruvians – understand some of the language.

Even though it became one of Peru’s official languages in 1975, “Quechua was synonymous with social rejection – and thus became synonymous with discrimination,” said Hugo Coya, director of Peru’s television and radio institute and a driving force behind the initiative.

Quechua speakers are disproportionately represented among the country’s poor: of Peruvians without access to health services, 60% speak Quechua, according to a 2014 World Bank study.

Ñuqanchik is an attempt to broach the economic and cultural gap between the Quechua and Spanish-speaking worlds, said prime minister Fernando Zavala at the programme’s inaugural broadcast.

Produced and written by journalists who speak Quechua as their mother tongue, Ñuqanchik aims to transmit the news from the perspective of a Quechua speaker – complete with the Andean “cosmovision” – said Alfredo Luna, Peru’s vice-minister of intercultural affairs.

Luna said that news broadcasts are planned in other languages, including Aymara – spoken in Peru and Bolivia – as well as the principal languages of the Peruvian Amazon such as Ashaninka and Awajun.

Peru has 47 indigenous languages, and its culture ministry has been working since 2011 to provide bilingual education as a public service.