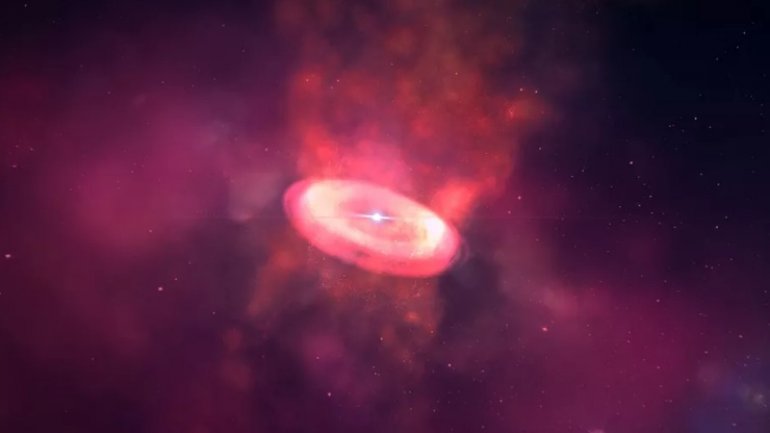 For the first time, scientists have observed the powerful whirlwinds shooting out of a newly formed star located about 450 light years away. The space outbursts occurred in the early stages of a new solar system's formation, when young stars are known to emanate jets of gas, according to The Verge.

A star is born when large clouds of gas and dust in galaxies begin to contract and condense due to the force of gravity; eventually, the mass of gas and dust begins to collapse and its center heats up. This hot core becomes the new star.

The remaining material rotates in a disc around the star and can give birth to new planets. This is how solar systems are formed.

This particular one, described in a study published this week in Nature, was observed by researchers from the University of Copenhagen’s Niels Bohr Institute with the ALMA telescopes — a group of 66 telescopes in Chile. The researchers were able to observe the protostar in its very early stage, when a powerful wind of space material was ejected from the star.