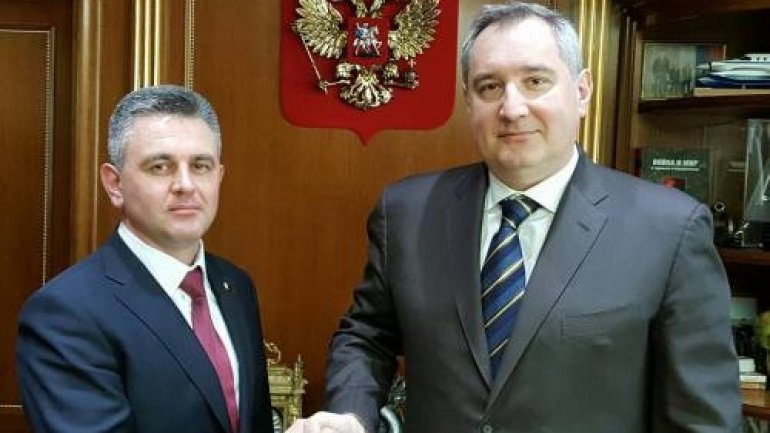 President-elect of the self-proclaimed republic of Transnistria, Vadim Krasnoselski, confirmed plans on Monday to strengthen strategic partnership with Russia and stabilize regional economy.

Speaking at a press conference after Sunday’s elections, Krasnoselski said he plans to "pay his first visit as the republic’s head to Moscow."

Krasnoselski, the parliamentary speaker of Transnistria’s parliament, won the first round of presidential election in the unrecognized republic securing more than 62% of the votes. The incumbent President Yevgeny Shevchuk garnered less than 28% of the vote. The voter turnout at polls was nearly 60%.

"We will continue defending the choice of Transnistria’s people who called at a referendum for independence with further joining Russia which is our key strategic partner. We will work on the integration of our economy in the Eurasian economic space," Krasnoselski said.

Another important task is to stabilize the economy, which remains in a difficult situation, he said. "In this case, we hope to have the expert support of Russia." "As for Moldova and Ukraine, we want to build good neighborly relations with them."

Krasnoselsky has said he is ready to resume negotiations on the Transnistria settlement with Moldovan leaders.

"We are ready for talks. However, not everything depends on the president in Chisinau. The pro-European majority is exercising control in the Moldovan parliament," Krasnoselsky stated at his first press conference, commenting on a proposal by Moldova’s new President Igor Dodon who had said that he would visit Tiraspol after his inauguration.