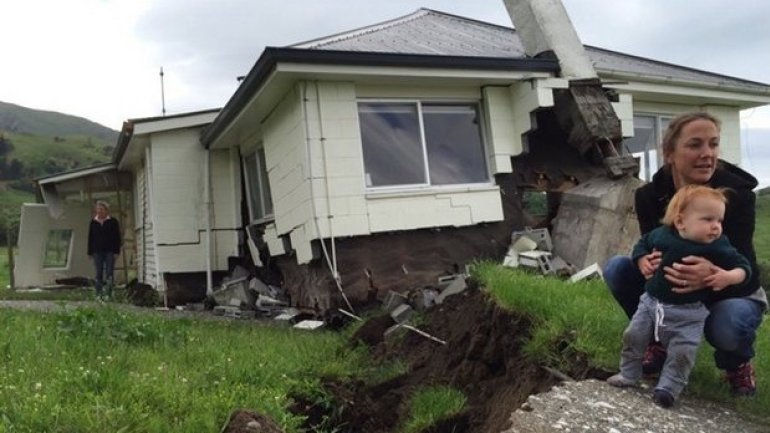 New Zealand battled severe storms and violent aftershocks as the country struggled to recover from a devastating earthquake that swallowed roads, twisted railway lines and left towns and cities smashed and deserted, reports The Guardian.

Tens of thousands of people fled their homes in the middle of the night on Monday to seek higher ground following a tsunami alert covering the entire east coast, although the warnings were later lifted. Across the country, two people have been declared dead.

Prime minister John Key was quoted as saying the damage bill from the earthquake was likely to be at least “a couple of billion dollars”.

“It’s hard to believe that the bill is going to be less than a couple of billion,” he said.

The Red Cross flagged a huge humanitarian challenge in the South Island, saying its volunteers were struggling to reach affected regions.

Worst hit was Kaikoura, a coastal town of about 2,000 people famous for whale watching, which had been almost completely isolated with roads closed and phone lines down.

A state of emergency was declared there and six people with significant injuries were airlifted out. Police said one person died in Kaikoura and another in Mount Lyford, a nearby ski resort.

The depth of the devastation has been linked to two significant shakes under the South Island, first a 7.5-magnitude earthquake just after midnight followed by a hefty 6.8-magnitude aftershock during the day.

On the night of the disaster, tsunami sirens sounded in the remote seaside villages around Dunedin on the South Island’s south-east coast and emergency services went door to door evacuating residents. The state of emergency was cancelled just after dawn when the tsunami risk was downgraded.

The US Geological Survey said the quake hit near Hanmer Springs, 95 km from Christchurch which is still recovering from the 2011 earthquake that killed 185 people and destroyed many buildings.

On one railway, the line had move several meters. Photos from the New Zealand Defense Force showed a entire stretch of rail line that has slipped from out of tunnel, over a road and onto rocks by the sea.

Key said the quake was the most significant he could remember feeling in Wellington and that his team was clearing up damage in his own offices.

In Wellington, the quake forced hundreds of tourists on to the streets as hotels were evacuated last night.

There were reports of a train trapped north of Kaikoura, and at least one major building collapsed in the town itself.

Accounts of looting also emerged in the aftermath of the quake. New Zealand’s Newshub website reported that a Christchurch family who fled their home returned hours later to find they had been been burgled.

On the night of the disaster, tsunami sirens sounded in the remote villages and emergency services went door to door evacuating residents. The state of emergency was cancelled just after dawn when the tsunami risk was downgraded.

After being advised to head to higher ground just after 3 am, thousands of Wellingtonians drove or walked from low-lying areas to Mount Victoria, Mount Cook and the hills above Lyall Bay.

New Zealand lies in the seismically active “Ring of Fire”, a 40,000 km arc of volcanoes and oceanic trenches that partly encircles the Pacific Ocean. Around 90% of the world’s earthquakes occur within this region.