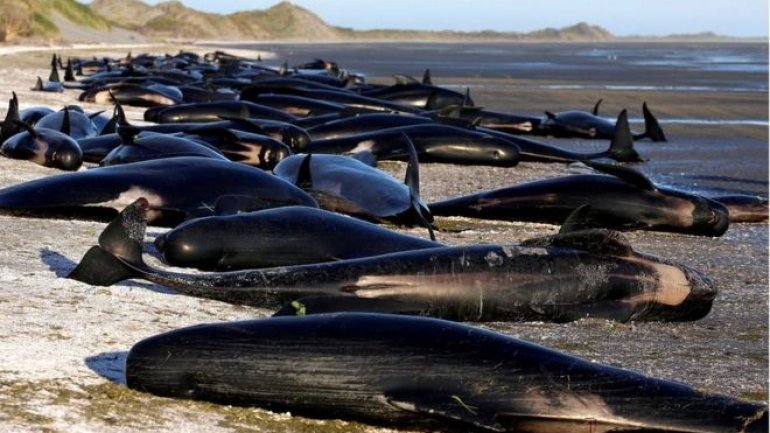 New Zealand authorities have said they will move the carcasses of hundreds of whales that died in a mass stranding to an area not open to the public, BBC reports.

About 300 whales will be moved with a digger and buried in the sand dunes further up Farewell Spit, South Island.

On Monday, conservation workers pierced the bodies to release gas built up during decomposition, following warnings the carcasses might explode.

Thursday's stranding was one of the country's worst.

It is not clear why more than 400 pilot whales came ashore last week, but since then more have stranded themselves including about 200 on Saturday.