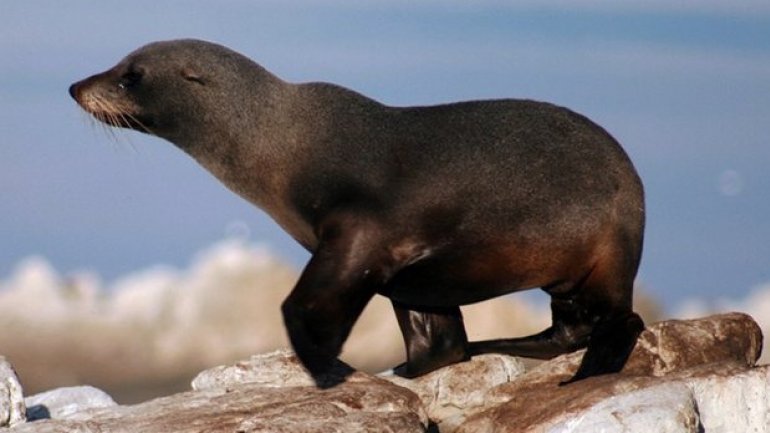 The New Zealand earthquake has led to fears for endangered marine wildlife colonies, with experts unable to get to sea to assess their condition, reports The Guardian.

Aftershocks have continued three days after the disaster, leaving the risk of tsunamis on the coast. Navy ships have been the only marine vessels able to approach the heavily hit town of Kaikoura in the South Island.

An underwater canyon 800 meters off the shore of Kaikoura is responsible for a rich array of marine animals attracted to the area, including half a dozen species of whale, rare and endangered dolphins, blue penguins, New Zealand fur seals and protected native bird life.

The HMNZS Canterbury, which departed Auckland on Monday night, rescued 390 people from Kaikoura and was heading south for the port of Lyttelton, outside Christchurch.

Naval vessels from the US, Australia and Canada were on route to Kaikoura to aid in the relief effort after what Geonet scientists called “one of the most complex earthquakes ever recorded on land”. The measured strength of the initial quake was upgraded on Wednesday to magnitude 7.8, from 7.5.

Along with hundreds of others stranded in Kaikoura were two Otago University whale researchers, who holed up in a rental house north of Kaikoura after the quake.

Their supervisor, Liz Slooton, said they were desperate to get on the water to assess the quake’s effect on Kaikoura’s significant population of whales, a major drawcard for tourists.

But with fuel supplies dwindling and no deliveries in sight, marine wildlife surveys were out of the question.

“Nobody is going on the water, not the local fisherman or tour operators – nobody,” said Professor Steve Dawson from Otago University, who advised the researchers to hunker down and stay off the unpredictable ocean.

“It is too unsafe and may remain so for some time. At the moment we are forced to do nothing.”

The Department of Conservation said it had been unable to check on local wildlife as staff had been seconded by civil defense to assist in relief efforts in quake-affected areas, including Kaikoura.

The DOC said it may be some weeks before its rangers were able to take full stock of the effect on vulnerable wildlife.

“It is clear from reports that the recent earthquakes have impacted upon wildlife, including seals, penguins and seabirds,” said Ian Angus, DOC’s manager of marine species and threats.

“DOC’s immediate priority in the aftermath of the earthquakes is to assist Civil Defense with the recovery effort, including ensuring that structures and tracks are safe.”

DOC did acknowledge it was likely some New Zealand fur seals were killed when a landslide swept over their protected breeding grounds at Ohau Point, 27 km north of Kaikoura.

Bruce Robertson, a marine scientists at Otago University, said the loss of breeding grounds would cause a localized drop in New Zealand fur seal numbers but nationally the population was increasing and he expected the Ohau Point population would soon establish new breeding grounds nearby. Female seals were pregnant in spring and would need to beach to give birth in the coming weeks.

“There is some evidence that seals could have felt the tremors before humans did and fled to the water before the landslide, so possibly quite a few escaped,” said Robertson.

Karen Baird, a seabird expert from the Forest and Bird Protection Society, said the threatened population of Hutton’s Shearwater had suffered serious losses from the quake, with half a breeding colony buried.

As it is breeding season the loss of life would have been severe, said Baird, as it would include eggs and at least one parent.

“It is a tragic loss and the full extent of the damage won’t be known till we can do a ground survey, which is weeks away,” said Baird. “Our priority now will be assisting DOC in ensuring the remaining colony is carefully cared for and protected this season, to try and make up for the losses.”

Other wildlife in the area potentially affected by the quake include the blue penguin and the Hector’s dolphin – the world’s smallest and rarest dolphin, with a distinctive crescent shaped dorsal fin.

Liz Slooton, of the New Zealand Whale and Dolphin Conservation Trust, said the endangered hector’s dolphin lived in a very small habitat surrounding Kaikoura – only 50 km up or down the coast, or 20 nautical miles out to sea.

“The whales ability to travel long distances is huge, so them moving away for a period would be no issue for them,” she said.

“But the Hector’s dolphins could be hugely impacted, because they rely on that small piece of coastline very intensely for finding their family members, feeding and breeding. If they are forced to move up or down the coast because of the quake it would be very scary for them and a serious threat to what they are able to cope with.”