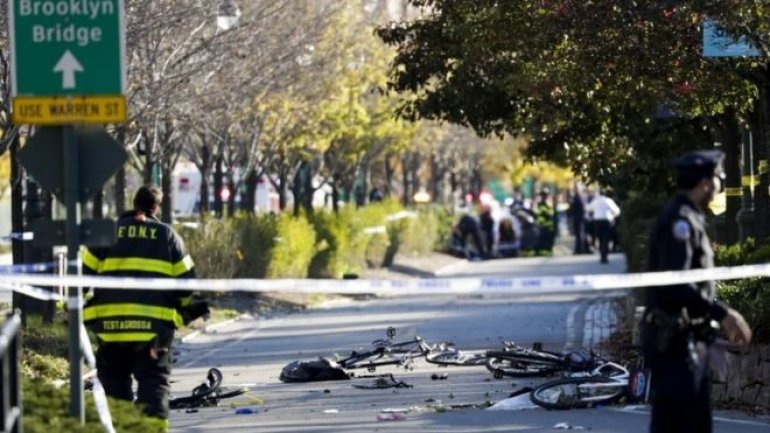 Eight people were killed and at least 11 injured after a truck hit people on cycle line in Lower Manhattan. Five Argentines were among the dead.

The driver was shot in the abdomen by police after jumping out of the truck with what turned out to be a fake gun in each hand and shouting what witnesses said was “Allahu Akbar,” Arabic for “God is great,” authorities said. The man underwent surgery and was in critical condition but was expected to survive.

Two law enforcement sources identified the suspect as Sayfullo Habibullaevic Saipov. He's from Uzbekistan in Central Asia but had been living in the US since 2010, sources said. Reuters reports that he has a history of traffic violations, citing media reports and court records.

A senior law enforcement officer told CNN a note, written in English, was found in the truck that said the attack, which unfolded around 3 p.m. on Halloween, was done in the name of ISIS.
"This was an act of terror, and a particularly cowardly act of terror," New York Mayor Bill de Blasio said, "aimed at innocent civilians, aimed at people going about their lives who had no idea what was about to hit them." 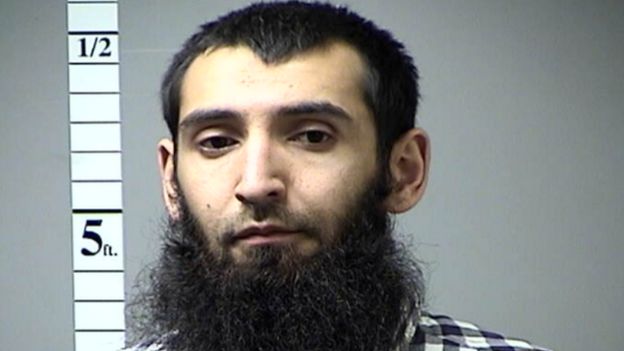 US media identified the suspect as Sayfullo Saipov, seen in this 2016 photo

President Trump had been briefed about what happened in New York on Tuesday afternoon, the White House said.