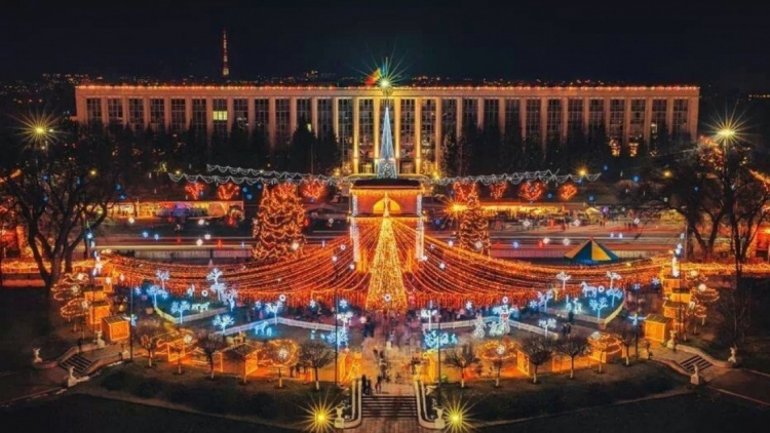 New Year'Eve was marked with great concert attended by hundreds of Moldovans who celebrated the passage of year on the Great National Assembly Square.

The exceptional concert was performed by the Advahov Brothers Orchestra and other famous musicians.

"We have passed challenges and obstacles in 2017. Now I want to wish you happy holiday and we will have more prosperous year in 2018. Happy New Year!",  Said Nistor Grozavu, deputy mayor of Chisinau.