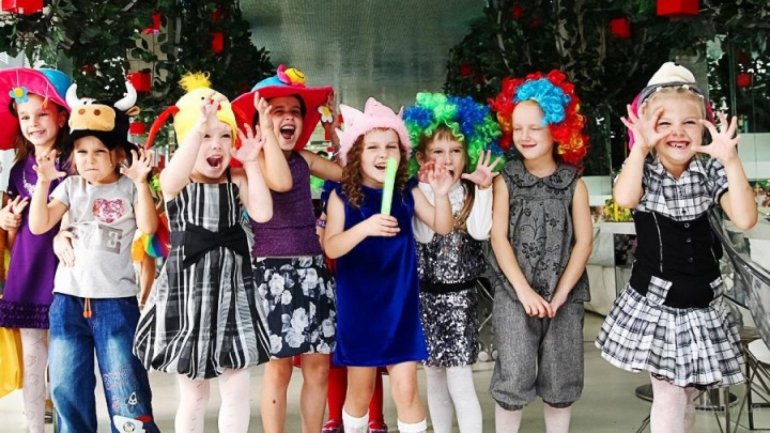 Christmas Eve concerts organized at kindergartens have brought displeasure among parents.  They declare that representatives from the institution demand money for animators, video operators and costume rent.

At the same time, the preschool is gathering money to purchase gifts for children and their teachers. In total, for a single even parents have to pay around one thousand lei.

Parents, whose children attend No. 47 kindergarten from Râşcani sector of the Capital, claim that there were asked 200 lei each, to pay for the animators, as well as gifts for children and teachers.

"I am against it, because last years we also did a concert and then, we rented a costume one of the fathers dressed up in, who came there and gave gifts to children" parent Artina Patic said.

The institution's administrators said that they wished to make an unforgettable concert.

"We wanted to invite a professional actor, who plays as Santa Claus. We, of course, forwarded this idea to the parents. Most of them agreed to it. Considering that there are 30 something children, it will not cost as must" director of No. 47 preschool, Olga Grogeag said.

During Christmas Even the social networks are filled with messages from parents, displeased with the money collected by preschools.

"They offered us those actors, said how must it costs, their programs is 2 700 lei per concert, it lasts 1 hour. When we offered to call other Santa Clauses or actors we were told that no, those are the best."

"We were asked to gather 2 000 lei, for a New Year concert for the children, so that a Santa Clause a Snow Maiden and a Clown will come entertain them."

Still, some ideas to gather money for an even come from parents themselves.

"I think it is alright and it was parent's decision. Nobody is making us pay for other things" parent Natalia Lupu said.

According to representatives from Education Directorate of the City Hall, collecting money in kindergartens must be reported to the Ministry of Education or the Anti-corruption line.

"Employees from an educational institutions, especially teachers and administrators, must find a way to organize such events within the limit of the existing budget, or find a method to partner with parents to raise the money" deputy chief of DGETS, Viorica Negrei explained.

At the same time, lawyers claim that such ideas can be harshly sanctioned.

"This is a crime, people who request money can be investigated for passive corruption, while dishonest teachers who fall under such situations can be sanctioned according to the code of ethics, as well as code of education" attorney Inga Albu declared.

According to a law from the Educational Directorate of the City Hall, directors of preschool educational institutions must ban teachers from collecting money for gifts, Christmas trees and toys.