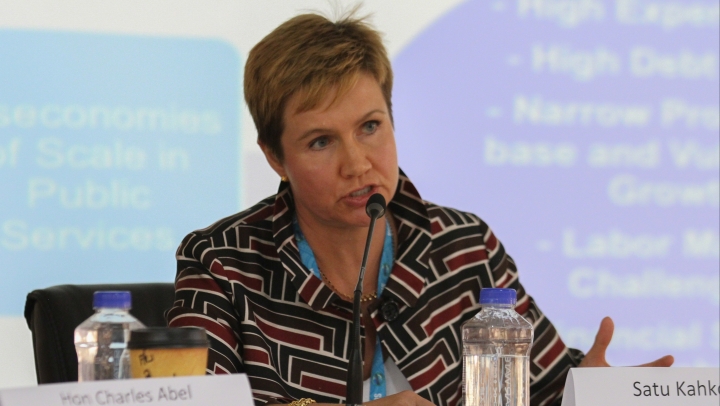 Mr. Fan highlighted the World Bank’s advice on stabilization of the banking sector, and the importance of quick and decisive action. He also emphasized the need to reassure investors that they would be treated fairly in a transparent and efficient business environment.

Ms. Kahkonen appreciated the openness and depth of Moldova’s partnership with the World Bank, and how it was showing concrete results: for example, in farm modernization, school improvements, or more efficient district heating in Chisinau. She said that she is committed to supporting Moldovan citizens' aspirations for good jobs, government and services. Ms. Kahkonen will be based in Kyiv and will take on her duties from July 25, 2016.