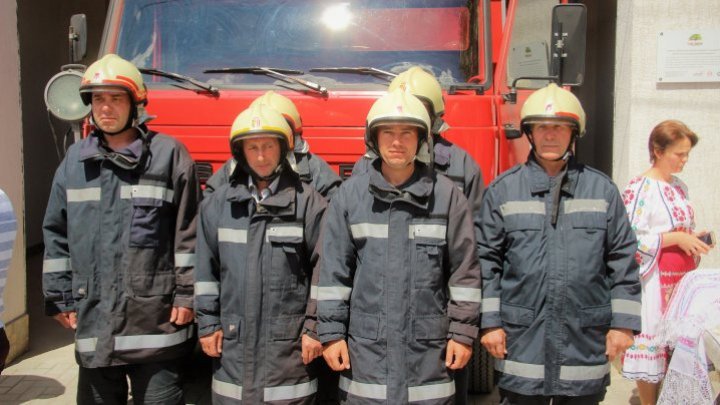 A new voluntary rescuers post was inaugurated yesterday in Lozova village, Straseni district. The station was open with the General Inspectorate for Emergency Situations support.

The appearance of the new firemen station was possible due to public authorities initiative but also with Polish Aid's partnership.

The officials has mentioned the post's inauguration importance that will serve as a primary help to emergency situations for 15 000 locals from Stejereni, Dolna, Lozova, Vorniceni, Micleuseni and Huzum. Within the post will activate 9 voluntary firemen that will intervene in diverse risk situations. The civil rescuers ended up with a firemen engine "Tatra", offered by the Polish rescuers.

IGSU employees will offer methodical assistance and necessary practice for the new firemen for them to intervene at the highest level. The offered budget is worth 157 MDL.

According to IGSU information, this is the 14th rescue post open in Moldova.

Voluntary stations intervene first in the risk situations that happen in the localities where they were founded. Also the damage and consequences are less.