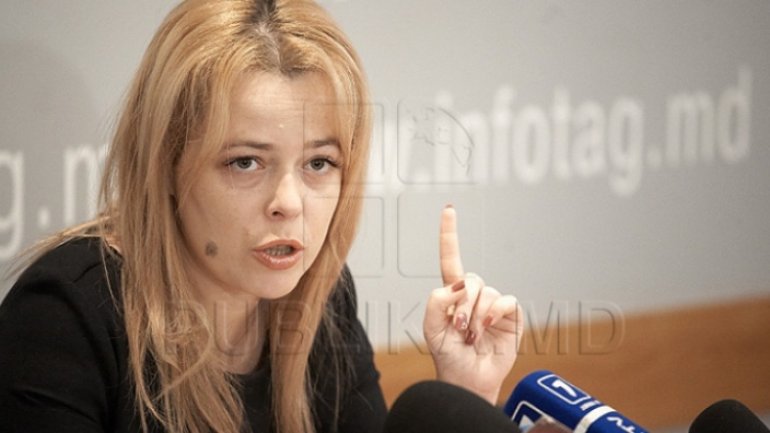 A new video recording posted on the Internet confirms the runaway barrister Ana Ursachi, involved in a murder case, tried to impact decisions of judges. And she used as a manipulation tool Jurnal TV of the convicted gangster Victor Ţopa.

Ursachi says it plainly in a discussion with two former officials of the Penitentiary Institutions Department that she recorded without informing her interlocutors.

The images were recorded with a camera hidden between the barrister’s breasts, as she talked with Petru Bârcă, who was the deputy head of the Department till 2015.

Bîrcă was angry that the confidential information he had given to the lawyer had been made public.

In the long run however, the former deputy head gave Ana Ursachi new information from a dossier to be aired by Jurnal TV.

Later Veaceslav Ceban, holding the position of head of the Department then, entered Birca’s office.

Petru Bîrcă was sacked in October 2015 and is criminally investigated for favoring a criminal gang of the gangster Makena, now in custody.  Veaceslav Ceban, who had become a deputy minister of Interior, was later fired as a new Interior Minister was appointed in January 2016.

Videos showing Ana Ursachi used to tap her clients and interlocutors were earlier posted on the Internet. She illegally tapped judges, prosecutors, politicians etc. All th erecordings were made with special equipment the devil’s advocate got from her partner Anatol Stepuleac, a former employee of the Interior Ministry.

Watch the videos on Publika.md.