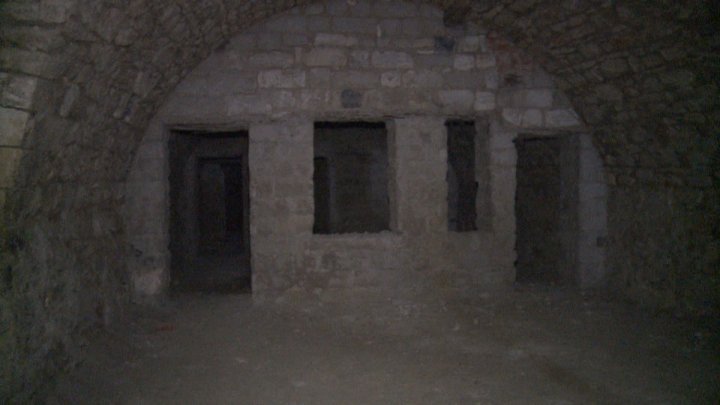 New underground galleries were discovered in Chisinau. There are three cellars, within which archaeologists have found several locked doors. It is assumed that behind them there would be connections with other similar networks. Research is taking place within a $50,000 US Embassy project.

Two tunnels were discovered in a courtyard on Alexandru cel Bun Street from the Capital. One could have links to a cellar under the building of the Prosecutor's Office, on Armeneasca street.

"In the Soviet period these underground cellars were adapted to the military defense system and they were equipped with a ventilation system with iron-smoked doors, and there are several branches in the locality, all ending with some locked doors, here is a door and we have to see what is behind that door", said Ion Stefanita, an expert in the field of cultural heritage.

Historians say that after the Second World War, these tunnels were used as a place of refuge. In the nineteenth century traders prepared their food. The door to which the researchers arrived is supposed to lead to other galleries unknown for the time being. We'll find this after research is done. Until then, it remains a mystery.

Another tunnel is located in the old town, at the Puskin and Sipotelor streets. During the Soviet era, the place served as a restaurant.

"You can see how this consolidated, restored cellar looks like, about the tourist infrastructure that can be developed under these underground passages, where coffee shops and restaurants can be arranged", stated Ion Stefanita, an expert on cultural heritage.

Some underground galleries may be dangerous, experts say.

"For example, in 2016, on Maria Ciobotari Street, 67, on a Sunday, a bedroom fell, that is a piece of building, collapsed in the cellar, where the owners did not even know that under their house there is a cellar", explained Ion Stefanita.

As the historians assume, not only Chisinau is located on a whole network of cellars and coarse. Such tunnels also exist in Cahul, Leova, Hancesti and Soroca. Signals are also in Ungheni and Lapusna. These are usually discovered when construction begins. For example, in 2016, three coins were found in Cahul when the foundation of the Bogdan Petriceicu Hasdeu Theater was dug.

"When the pit was excavated, three underground hills were uncovered, we still do not have clear answers, when they were built, by whom they were built", pointed out Stefan.

In the coming years, experts are looking to identify other such locations. Subsequently, they will come up with recommendations to develop a national tour route through the underground galleries.
loading...
AFLĂ imediat Știrile Publika.MD. Intră pe Telegram