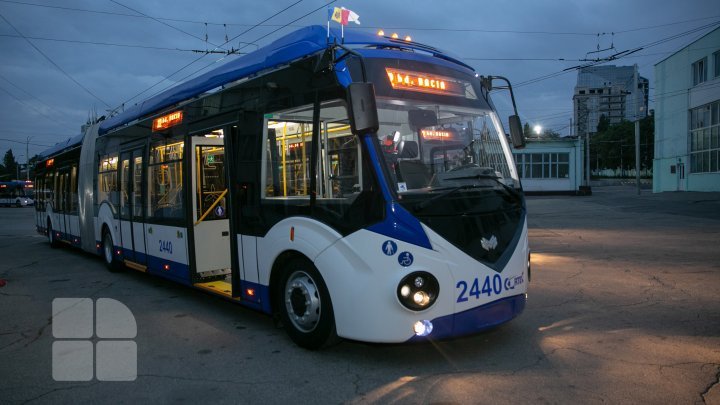 The five new trolleybuses, which were inaugurated yesterday cannot be used yet and are in the RTEC garage. Chisinau Mayor admitted in a show on NTV that the new vehicles cannot circulate on the main artery of the city due to the unevenness of the asphalt near the waiting stations for public transport. According to him, a solution would be to mill the asphalt.

"These trolleybuses are very low, long and heavy and we made this decision to mill the asphalt," Ceban said.

We contacted the RTEC representatives to find out if the new vehicles that were to run on route 22 came out on the line today. They stated that most likely the trolleybuses will run on Monday, if the asphalt problem on Ștefan cel Mare Boulevard are to be solved.

PUBLIKA.MD reminds that the five trolleybuses recently arrived from Belarus. The cost of a vehicle is 315 thousand euros, which are equipped with: air conditioning systems, low floor and access ramps for wheelchair users, LED lights, USB sockets, video surveillance system.

The loading capacity of the transport units is 162 people.