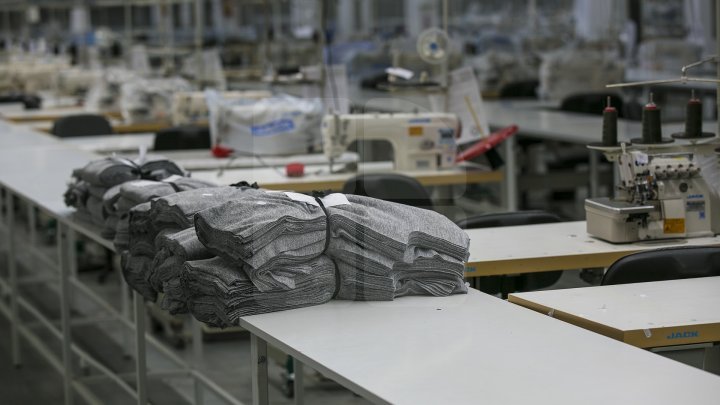 New clothing manufacturing factory has been opened in Bălţi in the presence of Prime Minister Pavel Filip.

Over seven hundred people in the company will work in European conditions.

Currently, more than 200 people work at the textile factory, which covers an area of 2400 square meters. Workers say they are glad to work in the factory.

"The salary is stable and increased monthly. The working conditions are good".

"The atmosphere here is good, the building is big, it's clean, the staff is friendly."

Pavel Filip discussed with the workers and was interested in the working conditions in the factory.

Total investment amounts to four million euros. Investor Dmitri Karaman stressed that he made the decision to invest in Moldova after the meeting last year with Prime Minister Pavel Filip.

"My first visit to Moldova was in 2003. Then Moldova was not ready for me to come in. After 12, 13 years I returned to Moldova and I thank the minister for accepting a small meeting", said investor Dmitrie Karaman, .

Prime Minister Pavel Filip mentioned that such projects demonstrate that Moldova is attractive for investors.

"For the Republic of Moldova it is vital to have as many investors and as many jobs as possible. There is only one solution, the state must have the financial capacity to invest. The government does not have its money, the money in the state budget comes through taxes "said Pavel Filip.

According to the President of the Moldovan Chamber of Commerce, our country has become more attractive for foreign investors lately.

"We have also reduced the number of documents and control bodies. Now, together with the Government, we are discussing anti-corruption legislation that will allow us to attract as many investors as possible to the Republic of Moldova and to have a facilitated business environment" said Sergiu Harea, President of the Chamber of Commerce.

The clothing factory was opened in the Răut Industrial Park. Over the past year, 115 million dollars have been invested in the Free Economic Zones.