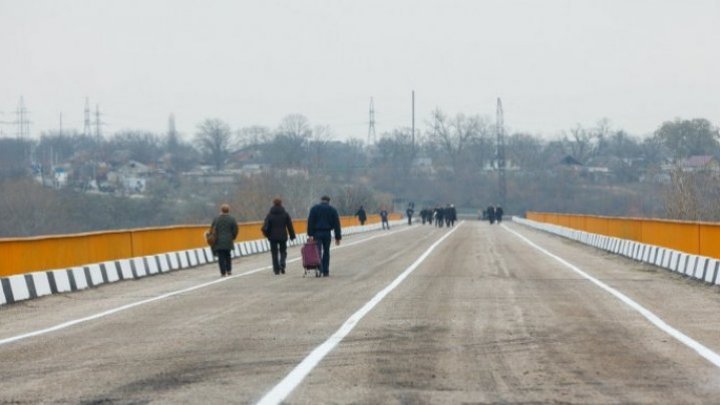 New tensions appeared after few months of reopenness of the bridge between the villages of Gura Bâcului and Baciuc. Tiraspol intends to make a so-called international customs terminal there.

The Chisinau Delegation to the Joint Control Commission expresses its concern and urges the region's administration to abandon these actions. For the construction of the so-called customs terminal, the authorities in the region decided to alienate the land from some inhabitants of the village of Bacioc.

According to the Tiraspol administration's intention, the administrative building, tracks for so-called customs control, as well as staff counters will be built. This will considerably increase the number of employees of force structures in the unrecognized region. This could strain the situation in this area.

The Chisinau authorities believe that the Tiraspol decision violates the previous agreements.

"These actions once again confirm that the Transnistrian authorities, especially those from the Unified Control Commission, do not honor their obligations to contribute positively to the free movement of persons, goods and services, surely this will affect the population for free circulation" , said Eduard Bumbac, a member of the Chisinau delegation to the JCC.

The inhabitants of the villages in the security zone are opposed to Tiraspol's intention to build another so-called customs point.

"The cost of this customs point, I think it will strain even the relationships that are already set, because it is unpleasant when you go somewhere and control you, " said a resident.

Economic agents that carry goods on the left bank of the Dniester believe that placing a new so-called customs at the administrative line will create more impediments.

Currently, around the Gura Bâcului-Bacioc bridge there is an internal control point where five representatives of the structures of the unrecognized region are active. The bridge was reopened for transport in November 2017, after a 25-year break. Only vehicles with up to 10 tons can pass there.