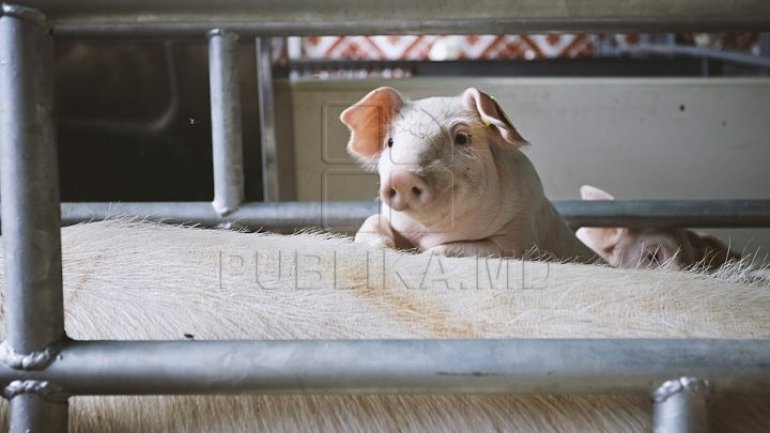 One more swine fever has been registered in Tudora village, Ştefan Vodă district. According to the National Agency for Food Security (ANSA), infection was confirmed as result of laboratory analysis.

However, it's not new outbreak because there were 15 pigs dead of infection in locality near Palanca village. According to ANSA representatives, the animals became infected after they were fed meat debris from Ukraine.

Andrew Ciolac from Tudora village had a 70-kg pig that got sick and found infected of fever by specialist. The animal was shot, burned and buried.

"We had to prevent the infection. I shot him and bury him after burning", said local Andrei Ciolac.

After finding out about the outbreak, people in the village began to kill their animals and put them in the jar.

"All the people, when they heard that, began to kill the pigs. Even my son had a healthy pig, but he kill and throw away it"