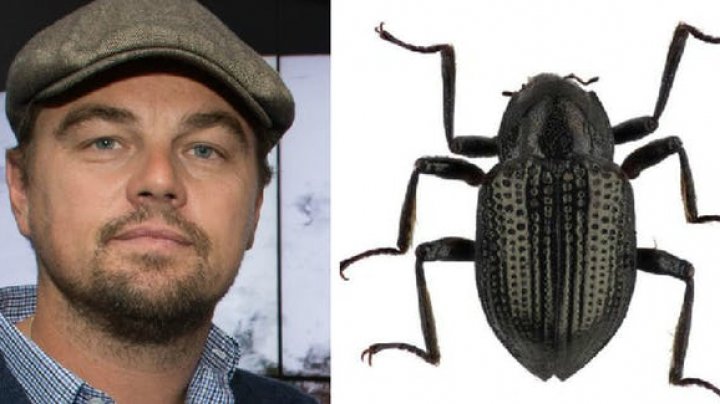 A new species of water beetle found clinging to a sandstone rock in a fast-flowing stream that leads to a waterfall in Malaysian Borneo has been named after the actor Leonardo DiCaprio, writes The Guardian.

The tiny black insect, which has a partially retractable head and slightly protruding eyes, was named after the star of Titanic and The Revenant for his environmental activism.

Citizen scientists who took part in an expedition to Borneo’s Maliau Basin recovered the first known specimen of Grouvellinus leonardodicaprioi from a shallow stream about a kilometre above sea level. The 3mm-long beetle was rather battered and lacked a front leg and antenna.

The field trip to Borneo was arranged by scientists at Ateneo de Manila University in the Philippines and a Dutch firm, Taxon Expeditions, that trains paying members of the public in the scientific techniques used to capture, study and identify new species. The beetle was named after DiCaprio after the citizen scientists and staff at the Maliau Basin Studies Centre voted at a ceremony at the end of the trip.

The DiCaprio beetle is only the latest new species to be named after a prominent figure. Earlier this year, a particularly beefy fly from the Brazilian Amazon was named after Arnold Schwarzenegger, while last year the discovery of a moth with yellowish-white scales on its head was named after Donald Trump. Kate Winslet, who starred alongside DiCaprio in Titanic, already has a beetle named after her, as do George W Bush, Bill Clinton and Adolf Hitler.

“In this case, we didn’t name the beetle because it looks like Leonardo DiCaprio,” said Iva Njunjić at Taxon Expeditions. “We wanted to highlight that even the smallest creature is important, such as this tiny beetle that nobody knew about before now.” A second new species of water beetle discovered on the same trip was named after the Dutch astronaut André Kuipers, according to a report in the journal ZooKeys.

The researchers used a variety of fine-meshed fishing nets and other types of traps to capture insects in the region before preserving them in alcohol. The specimens were taken back to the laboratory to have their DNA sequenced and their bodies examined in fine detail under a microscope.

When determining a new species of beetle, it is important to dissect the male genitalia, as these can help distinguish one variety of water beetle from another, said Njunjić. An internal membranous sac in the male is covered with spines, though whether these aid stimulation during sex or have another role is unknown, said Hendrik Freitag, a member of the team.

DiCaprio launched an environmental foundation in 1998 to help protect threatened ecosystems around the world. In 2016, he received an award for his work from the UN and in a speech at the ceremony said tackling climate change could be the biggest economic opportunity in US history.

It is unclear what DiCaprio makes of his latest honour, which follows his long-awaited win at the Oscars for his role as a 19th-century fur-trapper in the 2015 movie The Revenant. Njunjić said the Leonardo DiCaprio Foundation was informed late last week. “They haven’t replied yet,” she said.