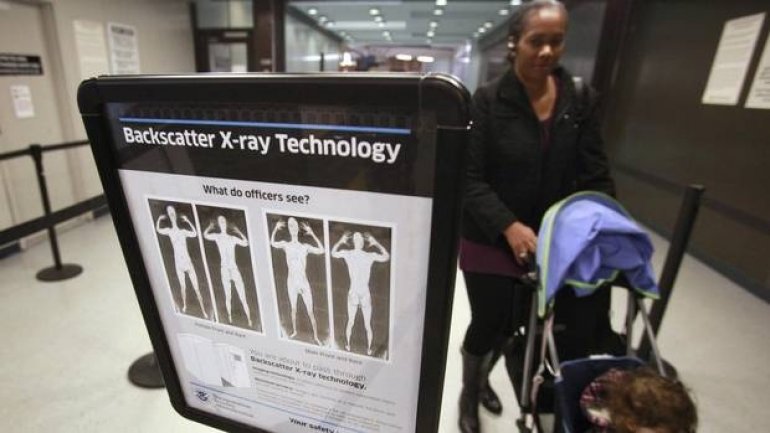 Makers of scanners used in airports are testing new technology that could soon make taking liquids and laptops out of carry-on bags a thing of the past, speeding up security lines for passengers, reports Reuters.

Because liquids and electronic devices do not need to be removed with the new scanners, fewer trays of belongings and images of their contents are required, representatives of Smiths and L-3 told Reuters at a security conference in Brussels.

Europe's airports spend $5.3 billion a year on security, according to airports association ACI Europe, which organised the conference.

L-3, which already makes CT scanners for hold baggage, is currently trial ling its ClearScan scanner for hand baggage at airports in Amsterdam and Johannesburg, a marketing representative at the conference said.

A spokeswoman for Schiphol airport in Amsterdam said the results of the test were good. Passengers still need to place liquids in a clear plastic bag, but the bag can remain in the luggage.

"It leads to fewer rejections of checked hand luggage and therefore fewer additional checks," she told Reuters, adding that if the trial is completed successfully, Schiphol will use the scanners in all its 67 security lanes from 2017.

Rival Smiths Detection is still in the development stage with its scanner and hopes to launch it at a trade fair in Munich in October next year. It said its scanner will have an advantage over rival CT models because the conveyor belt will move at the same speed as current scanners, whereas others are slower.

In addition, the images take longer to analyze due to their level of detail, Cameron Mann, global market director for aviation at Smiths Detection told Reuters.

The Schiphol spokeswoman confirmed that the new L-3 scanner was not as fast as current devices, but said that overall the security process was quicker, because passengers did not need time to retrieve their bag, laptop and liquids.