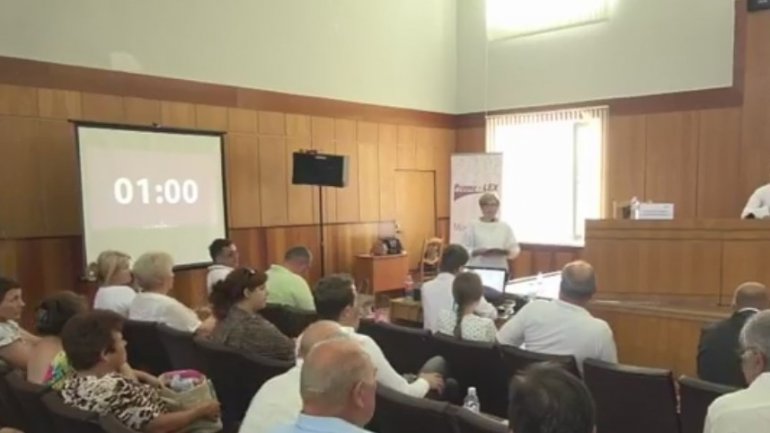 A new round of debates on the electoral reform took place today, June 27th in Anenii Noi town. The advantages and disadvantages of the reform were discussed for over an hour. Most of locals want the electoral change and want the right to dismiss deputies.

Two opponents participated in the debate. Eugene Nichiforciuc from PDM explained the need for the electoral reform, while Dumitru Ciubaşenco "Our Party" member was highlighting the disatvantages.

"Our main argument is a political one. We are against the electoral reform" , said Dumitru Ciubasenco.

"We were candidates in Moldovan Parliament. Back then, you were the first one for the mixed electoral system. Now you're against. When where you being honest? Back then or now?" , said a citizen.

Although he wanted to be deputy twice, first as a PLDM member in 2009 and second as a Humanist Party member in 2010, Ciubasenco denies the fact.

"I wasn't a member of PLDM"

People want changes, but also deputies to be of dignity.

"We want people of dignity and honesty to be on party lists."

"I want everyone to submit an integrity record for us to know their glorious past."

Most persons attending the debate agree Moldova need a change, and that would be the change of the electoral voting system.

"I want to personally know the person that is going to defend me. Not parties. I don't believe in parties."

"I agree with the electoral reform. I want a man of responsibility. Someone to always know we are watching him."

The debate organized in Anenii Noi was the fifth out of six regional debates, organized by Promo-Lex Association.