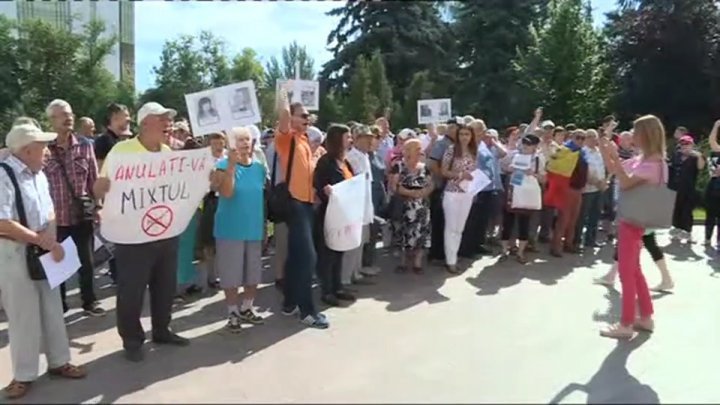 They went out to protest in front of Parliament, but they did not really understand exactly what the lawmakers demanded. Although opposition parties urged people to go out for mass protest, at least 50 people were gathered in front of the building.

The protesters claim the election validation and against the mixed vote.

- What are you protesting for?

- The mixed vote is for the parliamentary elections, what about the local vote?

-For both of them because the local election was invalidated.

- Only to validate the local elections in Chisinau.

- It's written "Cancel the Mixed vote", why do you protest?

Leader of the Liberal Party, Mihai Ghimpu, came out in front of the protesters, but was greeted with booing.

"These citizens who are in front of the Parliament are manipulated and deceived. I went out this morning and I could not talk to them, they all shouted" Mihai Ghimpu, leader of the Liberal Party, said.

The DA representatives also tried to hold a protest on Wednesday in front of the Interior Ministry, but only four people, including two party members, came there.