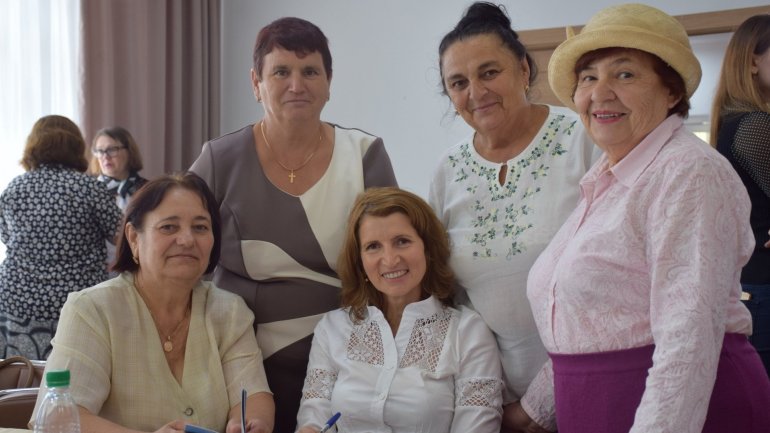 Elderly women from Moldova will become more informed of their right and more protected against violence. HelpAge International and Gender Center, with the support of UN Trust Fund have launched the project "Realizarea drepturilor fundamentale ale femeilor în vârstă din Moldova" ("The law protects elderly women from Moldova") that will activate in 8 regions of the country during 2017-2020.

This project aims to let elderly women and violence survivors from Moldova to know their rights, as well as where they can request aid in order to be protected from violence.

The project also wishes to implicate more institutions and women  in order to combat domestic violence.

Claudia Cîrja has volunteered to work with elderly and abused women from Carabetovca village, Basarabeasca.

"Abuse suffered by elderly women is truly tragic. For a long time they have kept everything bottled up and finally, deciding to open up, have told us some hearth wrenching stories. We cannot simply leave it be, those women where the ones to set the base of our country, to raise the future generations" she said.

Domestic violence is still a persistent topic in Moldova. According to a study made by HelpAge in 2014, each 3rd elderly was harassed, 66% of them being women.

Each second elderly went through physiological and emotional abuse, more than a third confessed to swindling and each sixth was even bodily harmed.

"Violence against women is not well known, as it is usually not spoken about. We will aim to make women understand that violence is not acceptable and shouldn't be tolerated" chief of HelpAge from Moldova, Tatiana Sorocan declared.

Republic of Moldova signed a treaty with the European Council regarding violence against women and domestic violence (Istanbul Convention).

"As representatives of the Government it is our responsibility. The signed treaty from 2017 with the European Council is a boost to do this" Deputy minister of health,work and social welfare, Anastasia Ocerentîi stated.

"Women were always the ones to bring forth changes and we cannot allow them to suffer. We must eliminate the sole idea of domestic violence" Program manager of UN Women Moldova, Corneliu Eftodi announced.

"Realizarea drepturilor fundamentale ale femeilor în vârstă din Moldova" ("The law protects elderly women from Moldova") will activate in 8 regions of the country during the next three years. It is already the third project in Moldova financed by UN Trust Fund.

The organizers believe in their cause and its long lasting effect.