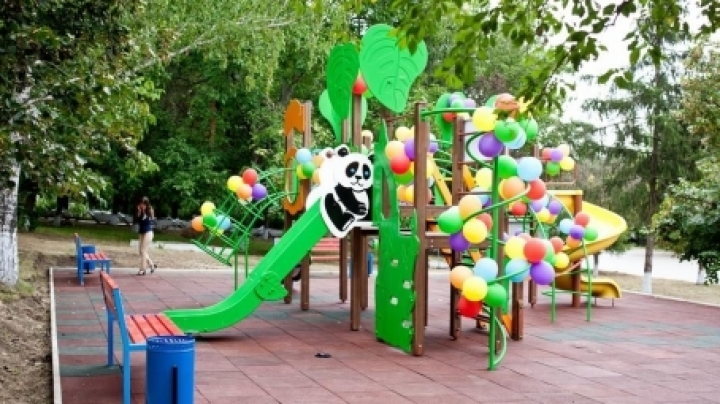 The kids from the southern town of Cimişlia will enjoy a nicer and more colorful childhood. Vlad Plahotniuc’s  Edelweiss Foundation has inaugurated a new playground in this locality. The children were amazed at the toboggans, as the parents are enchanted their kids will play safely in the park.

"We’re glad they built a playground here, it’s very nice. The playground in the center is far away."

"The playground is nice, I like it. The one from downtown is old. I’ll come here every day."

The parents say they had to go to a playground which is two kilometers away:

"There are kindergartens in the town, which don’t have playgrounds, no toboggan, no cradle. Thank you very much from the parents and the children."

Here’s why namely that location was chosen to build the playground on.

"I’d like to thank a lot to the Edelweiss Foundation for this contribution. It’s near the kindergarten, the school, the library, three-story building blocks," said Cimişlia district president Mihai Olărescu.

"We’re glad to be in Cimişlia, we know how important it is for kids to play in plain air and we hope we have brought joy to the parents and children from Cimişlia," said Edelweiss Parks project coordinator Viorica Țurcanu.

Such playground shave been inaugurated in seven towns up to now. The Edelweiss Parks project provides for building 40 playgrounds in different Moldovan localities, including the capital.