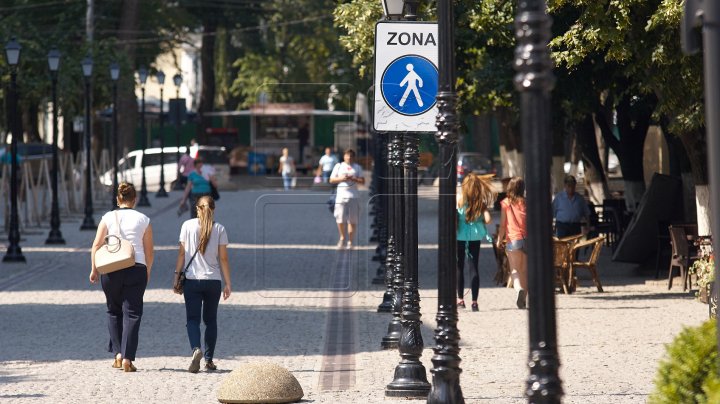 A new pedestrian zone will appear in Chisinau, at the artery on the perimeter of Kiev, Alecu Russo and Nicolae Dimo streets from Râşcani sector. The decision was taken by the Municipal Council, at the request of a group of parents. They claim that children attending a nearby school are in danger when crossing the street.

People support the idea and claim that children's security is the most important thing.

"First of all there will be less exhaust gas around the kindergarten and the air will be cleaner. Driver will not bother other parents walking here with children."

"We walk here with children and sometimes there is no space, neither for cars, nor people. God forbid children leaving the kindergarten unsupervised, as it is right near the road."

Drivers are displeased with being deprived of parking space.

"It will be a bit of an issue. If we come from Ciocana, we will have to circle around and there is traffic congestion each morning."

"There are apartments nearby and people need to be able to access them. There should be a road here. -For the cars? -Yes!"

"How will vehicles pass through here? There should be a road for transport as well. Of curse there should also be a sidewalk, but its not like the street is lacking space."

"There are parking lots on Kiev and Alecu Russo streets. People will have to walk for 5 minutes, but in exchange, there will no longer be trouble for residents from the zone" PSRM councilman, Alexandru Odinţov said.

According to National Patrol Inspectorate, over 100 children were implicated last year in car accidents.