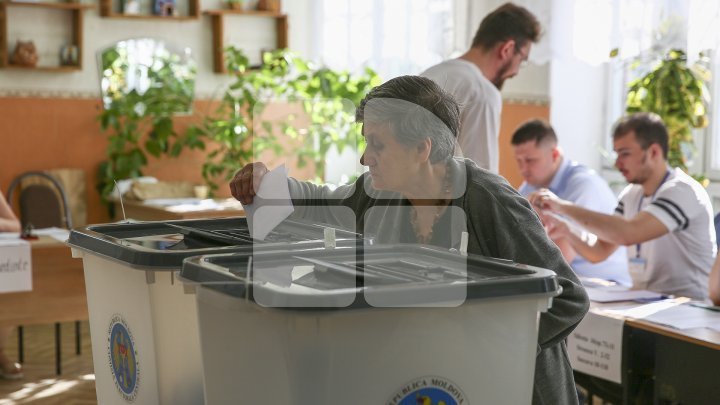 The new parliamentary voting expenses for the four uninominal districts will consist of about 12 million MDL. The parliamentary elections will take place on October 20 as the local ones.

According to the Central Election Commission (CEC), eight million MDL will be concentrated for the No.50 district which includes the Western Europe diaspora, where the PAS leader gained most votes, but she gave up her MP mandate for the PM function. For the district No.48, Transdniestrian region, where triumphed the independent MP Viorel Melnic, will be spent 870 000 MDL. For Nisporeni district in which the former PDM leader Vlad Plahotniuc gained most votes, will be allocated about 228 000 MDL. For No.33 district, in which won the current Internal Minister Andrei Nastase, will be spent over 210 000 MDL.

This voting will use economies from the previous one, said CEC secretary, Maxim Lebedinschi.

'The state budget will allocate no money. CEC managed to make savings of about 14 million MDL from February voting, meaning to be used for current election's expenses', Lebedinschi said.

The expenses might go up if needed supplementary voting stations. Maxim Lebedinschi also said of a mixed system parliamentary voting, even if the Parliament voided it and returned to the old one. The MPs decided this draft law to be corrected and examined in the third reading, within a special meeting.

'The parliamentary voting will be carried out as the previous one. The rules will stay the same', stated Lebedinschi.

However, some rules might be changed if the Election Code will also change, how wanted the ACUM-PSRM Alliance, about returning to 'Silence Day' before election. According to Lebedinschi, this rule might be applied within the new parliamentary voting.