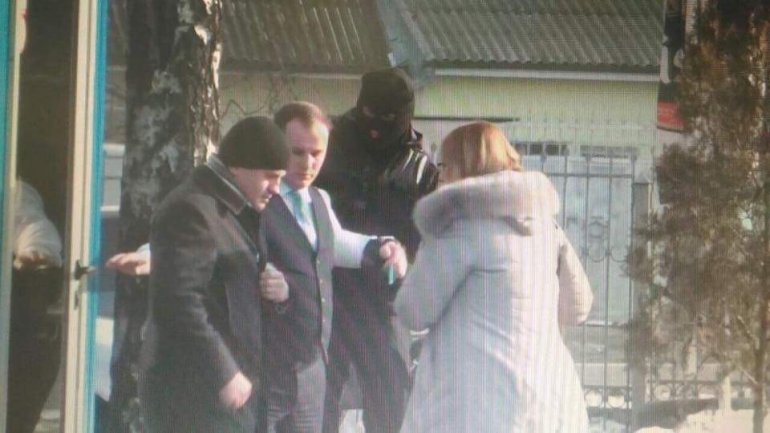 (UPDATE) The sources from within the investigation declared for Deschide.MD that Valerian Manzat was detained for the fact that he took 20,000 euro from the wife of a Moldovan citizen accused in Russia. For this sum of money, Manzat was to organize during one and half month the transfer of the respective person to Moldova. One period the lawyer did not answer the phone, and these days he met with the woman and returned to her 50,000 lei from the entire sum. The woman wrote a complaint in this regard.

(UPDATE 17:12) DESCHIDE.MD: Valerian Manzat was detained. "I confirm the arrest of a lawyerr from Chisinau, who is investigate din a case of swindling. Now CNA prosecutors and officers are conducting searches in several places, including the work offices of the lawyer, his house and cars. The actions of criminal investigation are still carried out, more details are to come" declared for the cited source Angela Starinschi.

(17:02)Several masked men raided one hour ago the new office of the lawyer Valerian Manzat. According to DESCHIDE.MD, the raids are conducted by Anti-corruption Prosecutor's Office, and the details will be offered to media a bit later.

Valerian Manzat, known for eccentric appearances, has recently opened a law office, right next to Prison No. 13 in Chisinau. He was introducing himself as "Million Dollar Lawyer" and says he is looking for customers.

In May 2015 Valerian Manzat was sentenced to 9 years of imprisonment. The file in which he was sentenced is regarding staging a car accident, after which the lawyer was to collect more than 300,000 dollars from an insurance company.