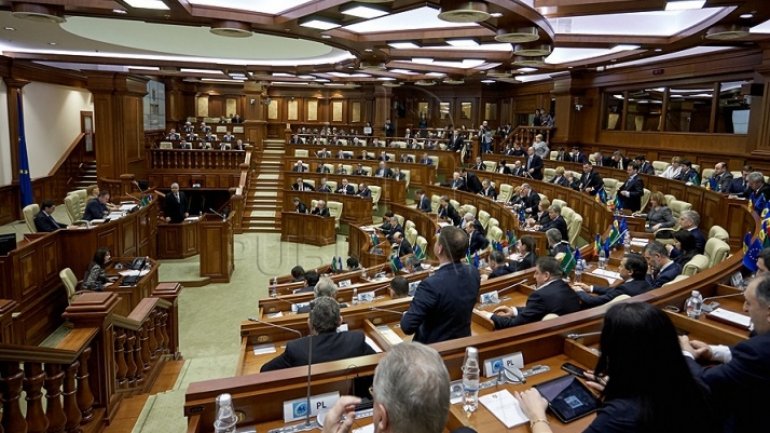 Moldova will have new mechanisms to recover obtained illegally assets. MPs today voted in first reading the draft which provides the creation of a new agency, which will handle the recovery of assets, including those abroad. It is about land, buildings, cars or money placed in accounts of financial institutions from abroad.

Illegal assets recovery agency will be an autonomous subdivision of the National Anti-Corruption Center. Employees will conduct prosecutions, will accumulate evidence and information on assets located abroad through similar international institutions.

"We can get in Moldova during criminal proceedings against the person a terminating application of seizure of goods from abroad. CNA largely knows what and where it is, but it is very difficult to bring it back when you don't have this specialization and you do not have this specialized cooperation between agencies of the same type" said Cristina Tarna, deputy director of CNA.

According to the document, the Agency will be assigned to three percent of the amount of recovered assets. The money will be used to access international databases, business trips and procurement of special technical means.

"The emphasis we put on recovery from abroad. Usually, in such a consortium is working directly on understanding of the percentage recovery. How much you recover, this percentage you receive. This unit, which will be within the CNA, will have to use and to work with such entities" said Parliament speaker Adrian Candu.

The Liberal Democrats have criticized the initiative and insulted the authors of the project.

"When do they manage, these slyboots? And drafting this bill, no matter how it would be, needed time. The need to create the llegal assets recovery agency is caused by lack of coordination and communication between existing institutions" said the Liberal Democrat Tudor Deliu.

"Without respecting the colleagues in Parliament who contributed what they could to the development and undersigned under this legislative you make them slyboots? You've fallen. I'm very sorry" replied the speaker.

MPs supported the creation of the new structure which would allow our country to align with EU states, where are similar structures.

Initially in the agency will work 30 employees of CNA, which will be paid from the budget of the institution. The project authors hope that in two years the Agency shall perform in order to allow self-financing.

Also today, MPs voted for the bill providing the establishment of the National Agency for Solving Complaints. The structure will consider complaints and allegations of procurement processes.